The Aurora Sports Hall of Fame (ASHOF) is moving to the Stronach Arena & Recreational Complex (SARC). The announcement comes after Aurora Town Council unanimously approved $77,050 in funding for the move.

In June 2016, a presentation was given to the Town of Aurora Special General Committee to obtain direction on proposed capital improvements to ASHOF. The funding included a contribution by ASHOF ($18,200), the Sport Plan Reserve ($43,862) and the Facilities Repair and Replacement Reserve Fund ($14,988).

The new Aurora Sports Hall of Fame at SARC is scheduled to open in early November 2016.

New elements for the greatly expanded sports hall of fame include an interactive wall, inductee profiles and artifacts, expanded sport heritage display, as well as an education section. Currently the ASHOF is located on the third floor of Aurora’s Town Hall. 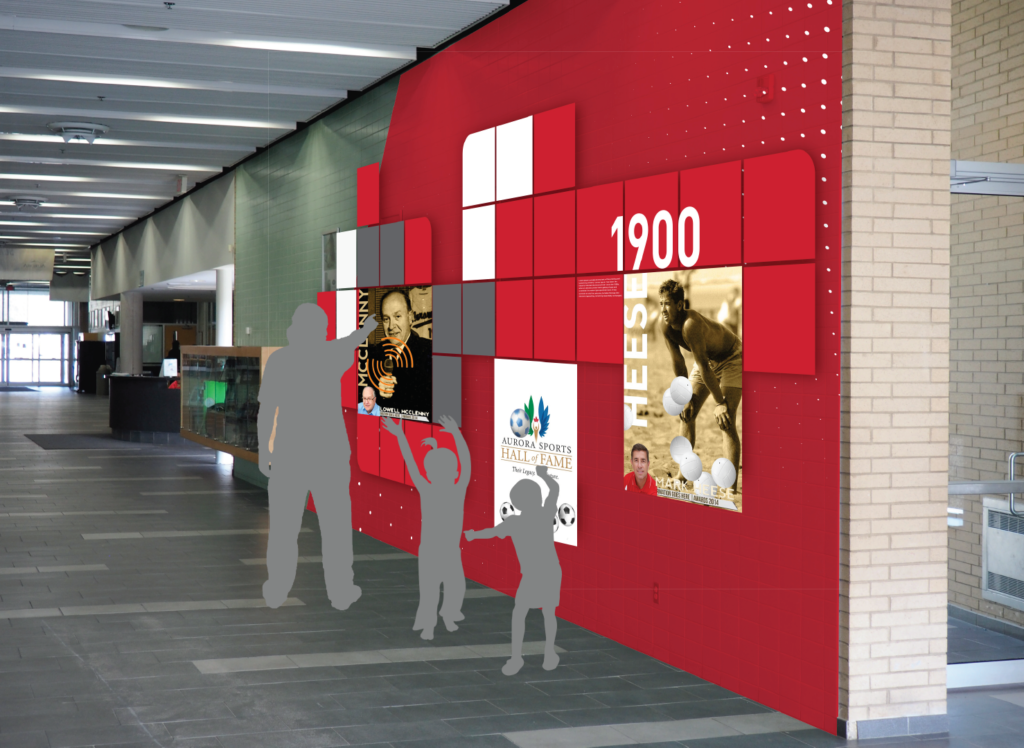 The move entails the services of exhibit coordinator Michelle Johnson to oversee the move in conjunction with Aurora Museum and Archives.

“One of my favourite things is that we’re moving the Aurora Sports Hall of Fame to a sports facility,” said Johnson. “This is going to allow the ASHOF to exhibit Aurora’s legacy of sporting excellence to both residents and visitors. The funding received from the Town allows us to showcase the achievements of new inductees and honoured members in an interactive and engaging way.”

ASHOF proudly acknowledges the generous support of the Aurora Mayor’s Charity Golf Classic. Since 1998, the tournament has raised funds for various community charities, including ASHOF.