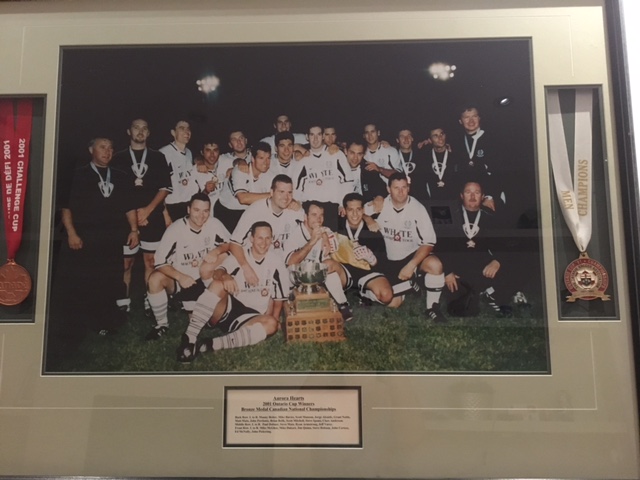 The Aurora Hearts men’s soccer team, coached by Aurora Sports Hall of Fame Honoured Member Ed McNally, became Aurora’s first Ontario Cup champions in 2001. That same year, the Hearts went on to win a bronze medal at the National Championships and a bronze medal for Ontario in the Canadian Challenge Cup that was held in Vancouver.