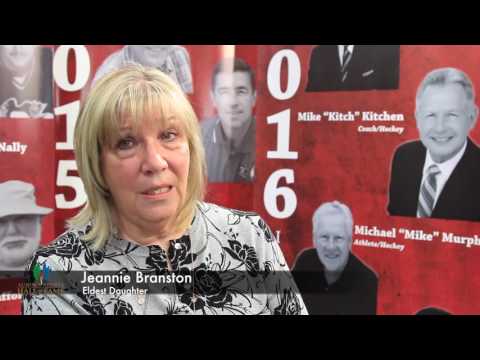 Mr. Galbraith was a well-respected, long-time Aurora resident and father of five who left behind a lasting legacy in the sport of Figure Skating. Born Sheldon William Galbraith on May 24, 1922 in Teulon, Manitoba, Mr. Galbraith enjoyed a coaching career of unequaled success spanning several decades.

Mr. Galbraith’s own skating career began when he skated for “The Ice Follies” in San Francisco with his brother, Murray; and, this is also where he met his wife, Jeanne. He served in the US Air Force as a flight instructor during WWII before returning to Canada in 1946 to begin his coaching career at Ottawa’s Minto Club. The year 1949 saw him move his energy and expertise to the Toronto Skating Club.

Mr. Galbraith was a dedicated teacher and technical innovator whose contributions as a coach, choreographer and pioneer of sport were second to none both in Canada and on the international stage. He was the Canadian Olympic team coach in 1948, 1956 and 1960.

Throughout his career, he coached many champions in all three Skating categories: skaters such as World and Olympic Medalists Barbara Ann Scott, Frances Defoe and Norris Bowden, Barbara Wagner and Robert Paul, Donald Jackson, Valerie Jones as well as many other national and international skaters and medalists, including Wendy Griner, Barbara (Gratton) Kelly and Donald Knight. His exceptional teaching skills and coaching methods produced winning results for skaters such as Donald Jackson, (first skater to land a triple Lutz in competition), and Vern Taylor, (first triple Axel).

Skaters who worked with Mr. Galbraith unanimously agree he was a coach definitely ahead of his time. He used 16 & 8 millimeter film and later Ampex ¾ reel to reel video recorder as instant playback and analytic teaching tools to help his students see where they excelled and what they needed to change in order to make each performance their best.

Mr. Galbraith also experimented with new apparatus to bring out the best in his skaters. He applied performance mechanics principles which echoed aviation principles he acquired as a U.S. Air Force Flight Instructor. He was the first to use a hoist and trampoline to improve the skills of his students. In addition, he advocated for judges to pass on what they learned at each skating event.

“Sheldon Galbraith was one of the top figure skating coaches of his era. He was a straight forward and distinguished gentleman. His technique was at the top of the scale. He could take each student to the top of their ability” – Robert “Bob” Paul, World, Olympic and Canadian Champion in Pairs Figure Skating with Barbara Wagner

Beyond coaching, Mr. Galbraith further supported young skaters through his fundraising efforts with the Canadian Bursary Fund. He was known to be a humble man who was dedicated to his job and was fiercely devoted and loyal to his skaters. He was a man of integrity and moral fibre.

Mr. Galbraith retired from coaching in 1988, but was soon recognized for his ground-breaking contributions. He was the founder and First President of the Professional Skating Association of Canada (PSAC) where numerous coaches benefited from his mentoring and he was instrumental in creating coach education in Canada.

In 1999, Mr. Galbraith was awarded The Order of Canada and in 2005, the Order of Ontario. He was also the recipient of The Queen Elizabeth II Diamond Jubilee medal in 2012.

Sheldon Galbraith passed away in his 93rd year in April 2015, leaving a legacy which will not soon be forgotten, nor will the effects of his contributions quickly fade.

We are proud to welcome, the one of a kind Mr. Sheldon W. Galbraith to the Aurora Sports Hall of Fame in the Coach category.