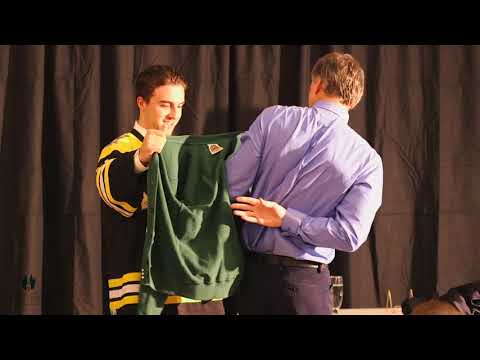 Dan Thompson, was born in 1956 in East York, Ontario. Dan’s late father, a radio broadcaster, and his mom the athlete of the family, inspired him to search for something that he was passionate about. He stumbled on it by accident while coming off the golf course at the Donalda Golf and Country Club. The Club’s life guard, Olympian Jim Shaw, uttered these life changing words, “We need some help swimming against Bayview, and can you swim a few races?” This chance conversation changed the course of his life. As well as participating in his first swim meet, Dan was invited to join a swim club, called SwimTec.

Despite his late start into the swimming world, Dan trained under Jim Shaw, Nick Thierry, and one of the great Canadian technical coaches, Howard Firby. Together these coaches helped Dan develop his impeccable Butterfly-stroke technique. At 16, Dan was older than most novice competitors He needed to dedicate his first few years to master the strokes, gain much needed endurance and develop a sense for the water. Another key factor to Dan’s success was his fitness club instructor, Czechoslovakian Team Weight Lifter Vlad Cherpa. Vlad took Dan under his wing and put him through rigorous technical weight training for that summer. He transformed Dan’s physical strength giving him a tremendous amount of power in the water. In the late 70’s and early 80’s, Dan Thompson held the Canadian record in the 100 metre Butterfly.

Placing 6th in the 1976 Canadian Olympic Swimming trials gave him the determination to train harder. He broke on the scene in 1977 as a butterfly specialist, winning 2 silver medals at the Word Student Games in Sofia Bulgaria. Dan went on to win 2 gold medals in the 1978 Commonwealth Games in Edmonton Alberta and 2 silver medals for 1979 Pan-Am Games in San Yuan Puerto Rico.

Dan Thompson was Canada’s National Swim Team Captain from 1978 – 1981 and Captain of the entire 1980 Canadian Olympic Team. Although he was selected to represent Canada in the 1980 Summer Olympics, he was prevented from participating because of the international boycott of the Moscow Olympic Games. Dan won a gold medal at the 1982 Commonwealth Games in Brisbane Australia. Between 1979 ‒ 1983 Dan achieved 9 Canadian records. He was then sidelined from the 1984 Olympic team, due to a shoulder injury.

Besides achieving international success, Dan Thompson was the first recipient of the T-Holders’ Award for University of Toronto’s 1980 Male Athlete of the Year, as well as CIAU Swimmer of the Year, winning gold medals in each of his 5 races (50 free, 100, free, 100 Fly , 4 x 100 free relay, 4 x 100 medley relay). In fact, Dan was undefeated in his event, 100 Metre butterfly, in 5 years of OUAA and CIAU competition.

In Dan’s professional career he has earned over 35 years in Marketing, Sponsorship, Sports Management and not for profit leadership. Dan’s been the President of one of Canada’s largest Sponsorship marketing companies MacLaren Momentum, served as the President of Canadian Jumpstart Charities and most recently was the CEO of Skate Canada. Dan is currently a management consultant specializing in sport and strategic philanthropy.

Dan was inducted in to the University of Toronto Hall of Fame in 1991.

Aurora resident since 2006, Dan still competes in Masters Swim meets, while representing the Aurora Master Ducks. Dan and his wife Julie and two daughters Kaitlin and Megan are active members of this community.

We are proud to welcome Mr. Dan Thompson, the first swimmer to be inducted in the Aurora Sports Hall of Fame in the Athlete Category.