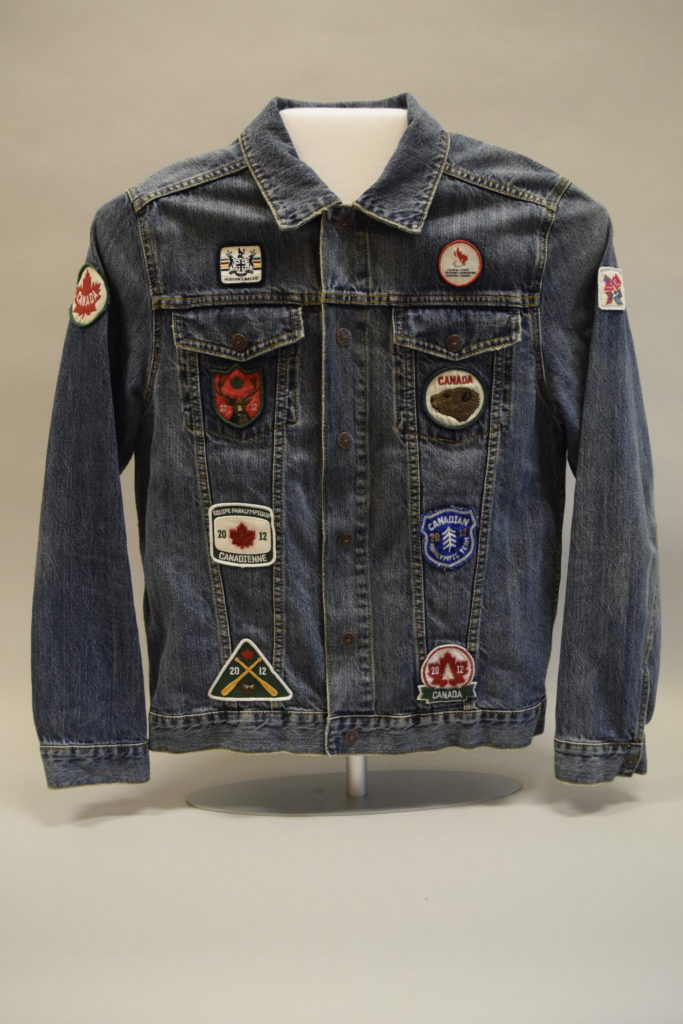 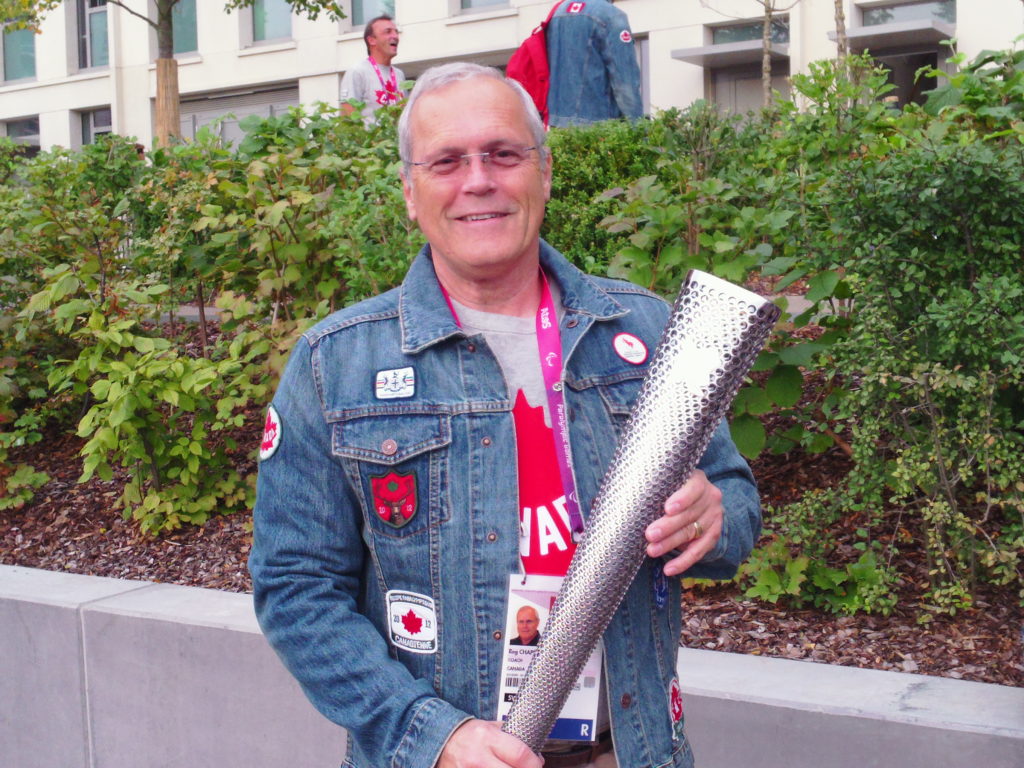 In 2011, Reg was asked to coach Summer Mortimer as a swimmer in the 2012 Summer Paralympics in London. As a Paralympic coach, Reg was able to participate in the ceremonial aspects of the Games. He recalls the desirability of the denim jacket, “This jacket was worn at the closing ceremonies and was an immediate hit as other athletes tried to buy it from us! In the picture I’m holding one of the torches that was used to bring the flame to the Games.”

Description
The denim jacket was part of the Team Canada uniform for the 2012 Summer Paralympics. It has a front snap button closure and is adorned with multiple fabric patches. The photograph shows Reg standing outside, wearing the denim jacket, while holding an Olympic torch and wearing his accreditation pass (SH2019.1.6).