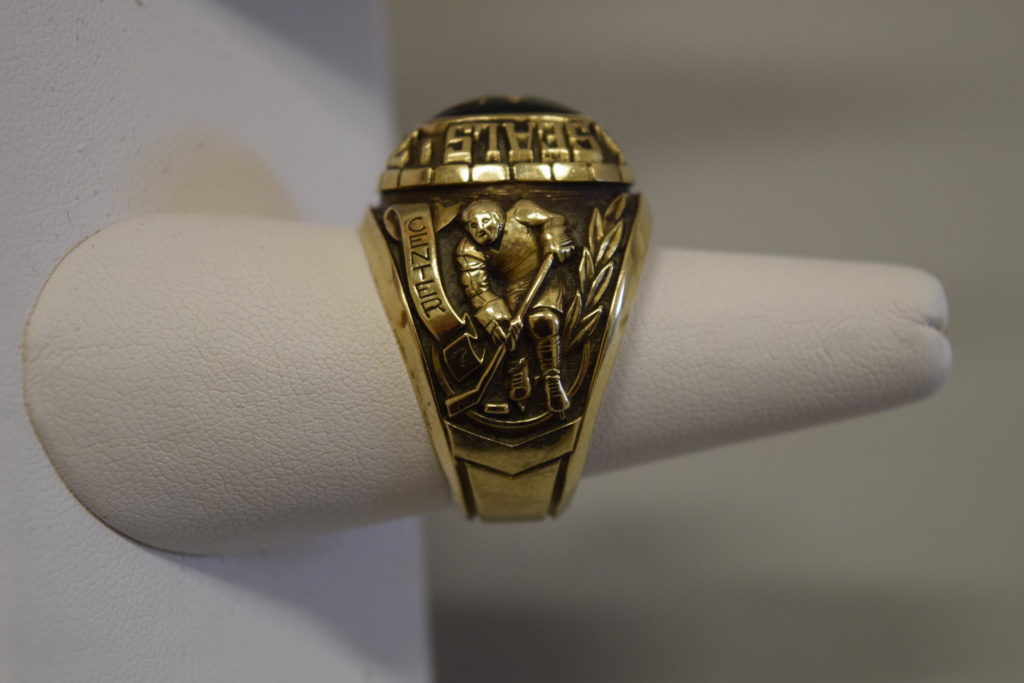 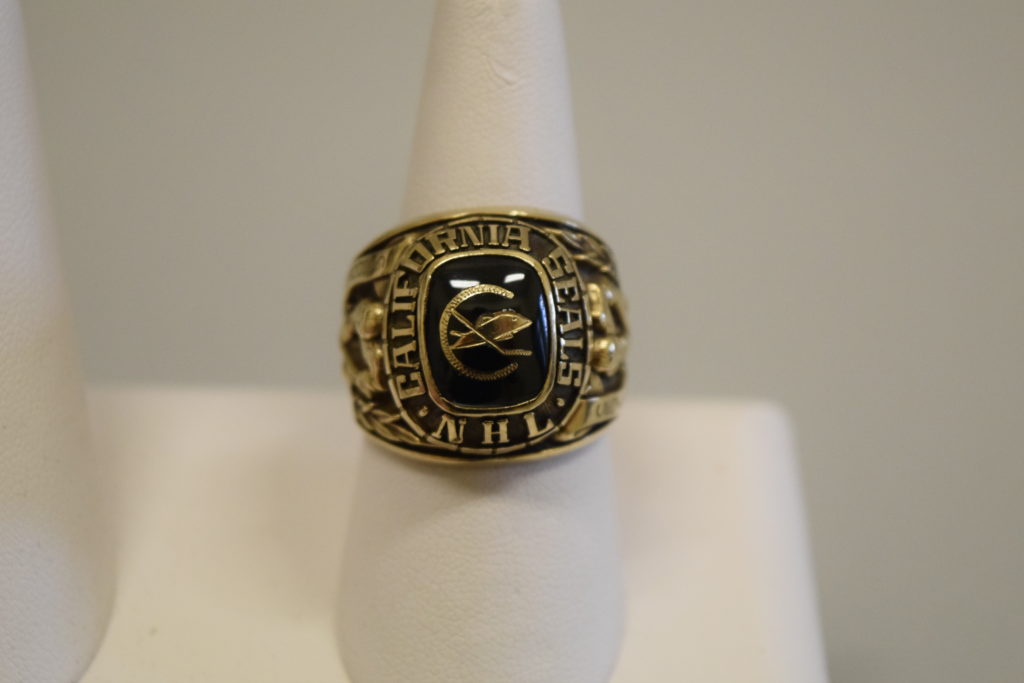 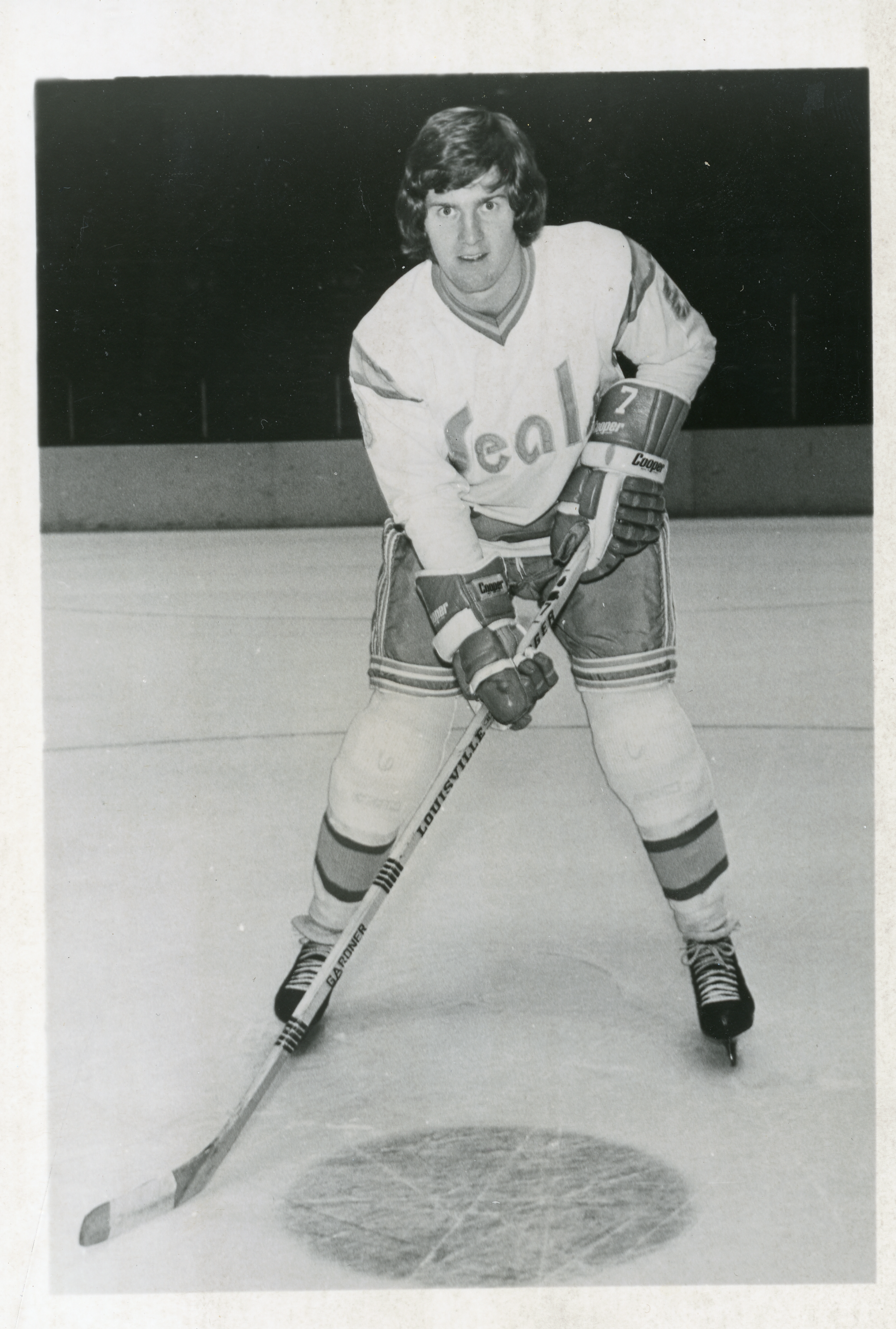 David played for the California Golden Seals from 1974-1976. This ring if from their time as an NHL team. It was uncommon for the team to give out rings and Dave recalls how this team ring came to be:

“I met a gentleman in Montreal who worked as a jeweler in New York. He asked me if anyone on the team would be interested in team rings so I went back to the team and asked. It turned out that everyone wanted one so we were sized in Oakland and he made up 25 of them. At the time, it wasn’t common for that team to have rings done up.”

Description
Gold coloured ring (SH2019.3.3) from the California Seals that features their logo on the centre with a black background. On either side of the ring, there is an engraving of a hockey player. Black and white photograph (SH2019.3.4) of Dave posing on the ice in a California Seals uniform with a hockey stick in hand.