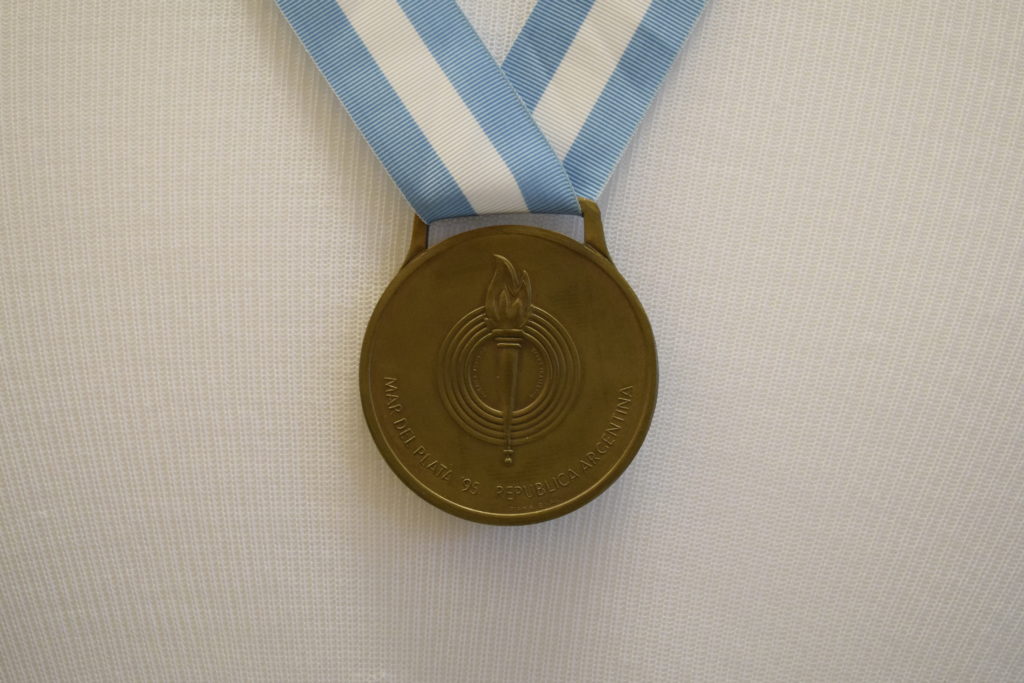 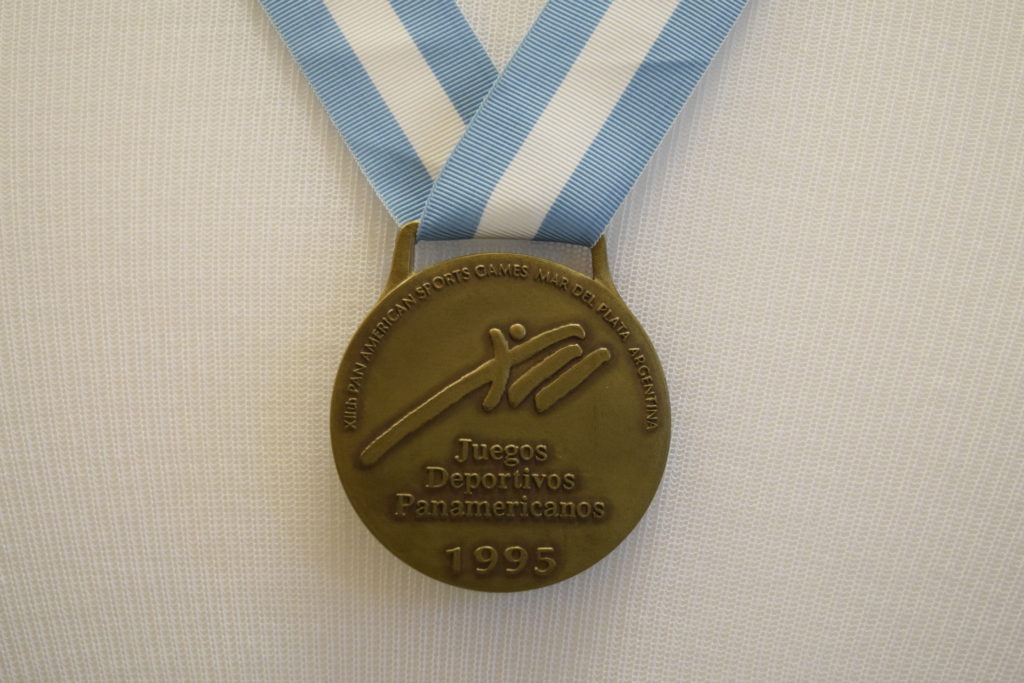 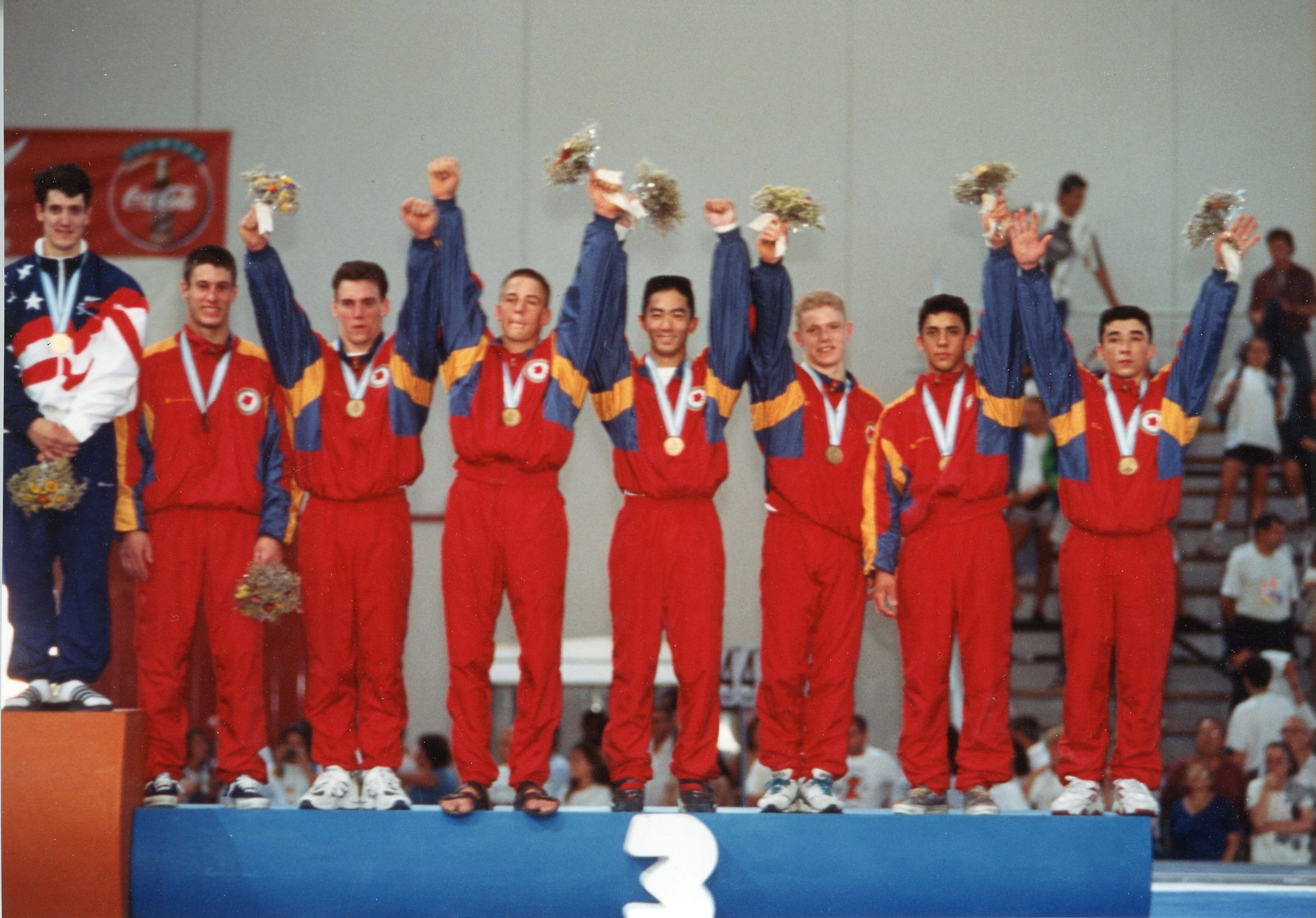 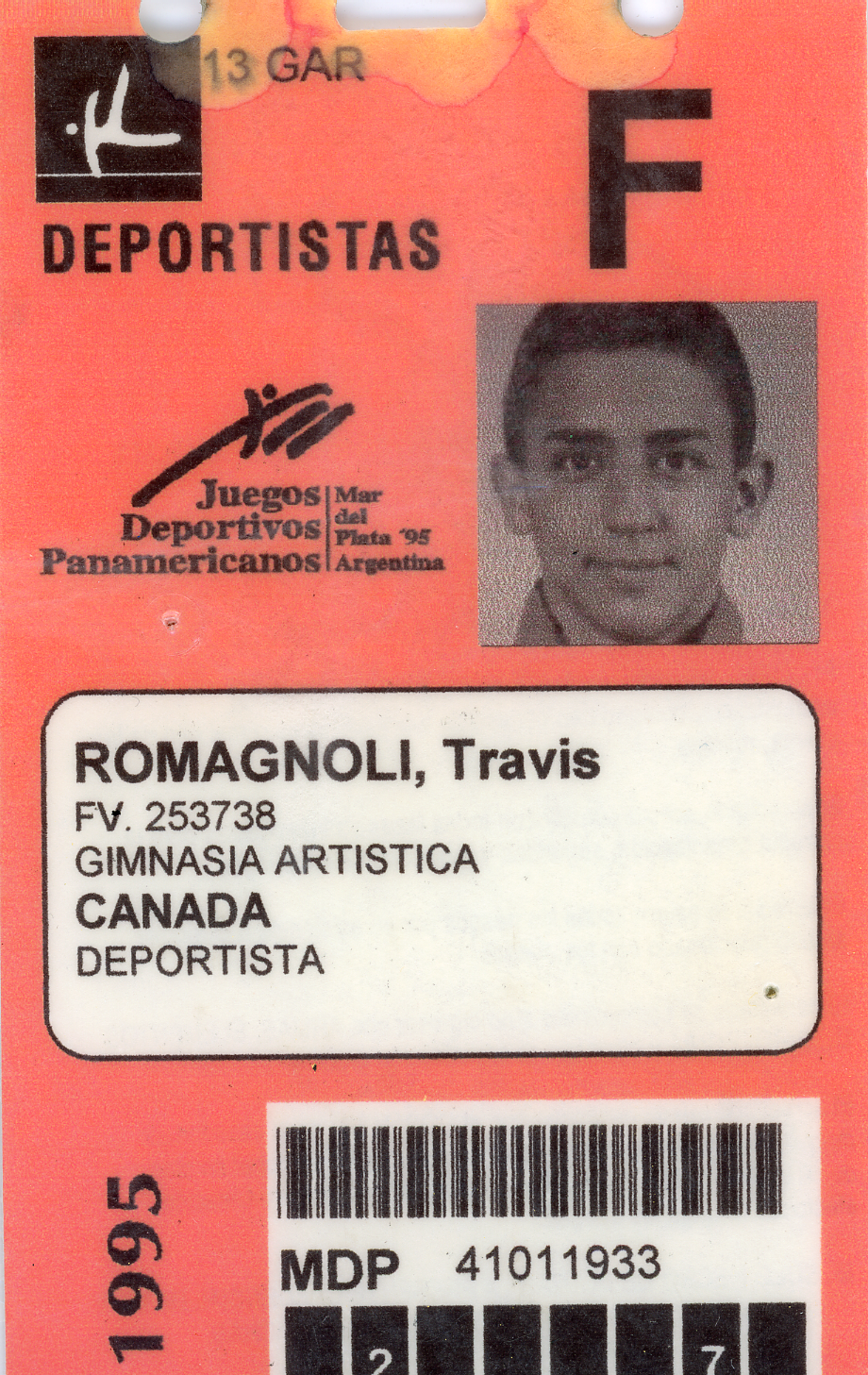 In 1995, Travis was selected as a member of the Men’s Gymnastics Team who would compete at the 1995 Mar del Plata, Argentina Pan Am Games. The team took home bronze in the Team Competition and Travis won 5th on the Floor. Travis describes the push to qualify for the Olympics as a team:

“This was bascially the group of athletes that I competed with internationally from ’93 to ’97. The U.S. finished first and then Cuba and then us [Canada]. We felt that we could compete for gold. Later that same year we competed in Japan at the World Championships. We were trying to qualify for the Olympics as a team and fell short. That was a big set back for a lot of us. It was basically “rebuild time”. Shortly thereafter, a couple of us signed with NCAA schools and a couple went on the the Cirque.”

Description
Bronze medal (SH2019.4.4) attached to a blue and white lanyard. There is text on the front of the medal in Spanish that states the year and name of the competition. The reverse side has a graphic of a Pan Am torch as well as the year and event title. The accreditation pass (SH2019.4.5) is a salmon colour with black text that states the name of the event, the year, Travis’ credentials and features a black and white image of Travis. The photograph (SH2019.4.6) captures the bronze medal Canadian Men’s Gymnastic Team posing on the podium while wearing their medals and raising their bouquets in the air.