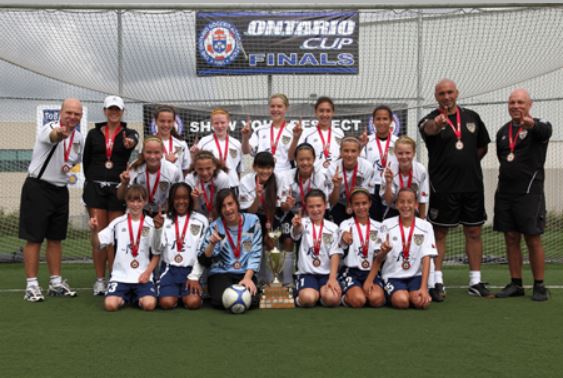 The 1998 Aurora Stingers Girl’s team did something that no Aurora Youth Soccer team has been able to do in its 46 year history: win the Ontario Cup! The team, which formed officially in 2006,had great success since they came together – leading up to that big win, the girls went 18-0 in scoring during the preliminary rounds.