Aurora, ON, October 27, 2017 – The Aurora Sports Hall of Fame (ASHOF) is proud to announce that Cameron Ormond, 16 and Eric Weston, 17, are the two recipients of the new Future Hall of Famer Award. The Future Hall of Famer program recognizes one female and one male exceptional student athlete who has exemplified excellence in sport in Aurora.

Cameron Ormond, 16, is cross country and track runner that began in her sport in the early days at St. Joseph Grade School. Now a runner for the Newmarket Huskies Track Club, Cameron has seen success on the track by winning the Provincial Championships, a silver medal at the National Track and Field Championships, Gold at OFSAA Cross Country Championships and 4th place at Canadian Cross Country Championships (all in 2015). In 2016 and 2017, Cameron defended her Cross Country OFSAA title as a Junior and was Canadian Champion in the 1200, 1500 and 3000m races. Cameron continues to train with the Huskies and represents Aurora High School. Cameron aspires to compete in the 2024 Summer Olympics for the 5000m track event.

Eric Weston, 17, has been paddling competitively for 5 years as a flatwater sprint kayaker. He started kayaking recreationally at the age of 4 and found success at the provincial level just two years into his competitive tenure. Eric finished in the top five in the under-17 1000m and under-15 500m races at the Western Ontario Division Canoe Kayak Trials in 2014, while reaching the top of the podium in the under-15 1000-metre. In 2015, Eric qualified for the National Championships in the 1000m as a 15-year-old. In July 2017, Eric won 4 gold medals at the North American Indigenous Games (NAIG). Eric now trains at the Rideau Canoe Club and hopes to join the Canadian men’s National Kayaking Team.

Both Cameron and Eric will receive a $500 bursary generously donated by the Black Family Trust and the Optimist Club of Aurora.

“On behalf of the Board of Governors, I am happy to congratulate our Inaugural Class of Future Hall of Famers. Both Cameron and Eric are talented athletes but they exhibit special personal attributes that all Hall of Famers possess; drive, determination and a love of sport,” says Ron Weese, President, Aurora Sports Hall of Fame. “I trust that the bursaries we provide will help them to pursue their sport dreams and continue their sport education journey. I thank our Future Hall of Famer sponsors who recognize how important it is to support developing sport participants.”

I’m thrilled that the Hall of Fame has launched the Future Hall of Famer campaign and I am very grateful to those who have made it possible – one of the bursaries is in honour of my father in law, Bob Black, who always supported sports and wanted healthy grandchildren,” says Nancy Black, Executive Director of the Aurora Sports Hall of Fame. “The other is from the Optimist Club who have supported youth in this community since 1985 and are demonstrating it once again by providing financial assistance to an aspiring athlete.” 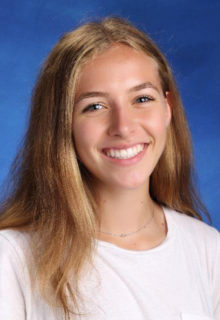 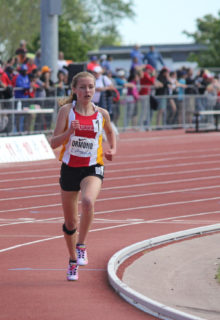 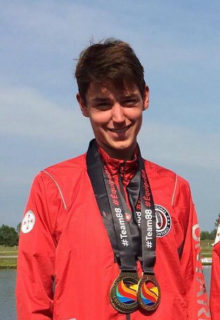 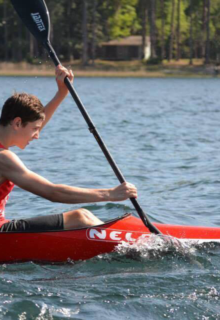