Back to the blog
Lowell McClenny to be added to this year’s Inductee list – Recipient of new ASHoF Media Award September 21, 2015

The Aurora Sports Hall of Fame (ASHoF) is proud to announce a special award that will be presented on behalf of the Board of Governors at the 3rd Annual Induction Dinner Celebration this November 4th.

Lowell McClenny will be the first recipient of the newly created AURORA SPORTS HALL OF FAME MEDIA AWARD. This award will be presented to someone who has made a major impact on the world of sport media during their lifetime at either the local or national levels.

Just about everyone connected to sports in this community would agree that Lowell has been an avid promoter and supporter of local sports through his longstanding tenure as host of Sportsbeat, the local television show carried by Aurora Cable internet. Sportsbeat was on the air for 26 years and showcased thousands of athletes, coaches and sports personalities from Aurora or representing Aurora teams. In addition to this outstanding work, Mr. McClenny held the position as President of Aurora Minor hockey, coached various sports team and volunteered for the AMHA telecasts in 1980. 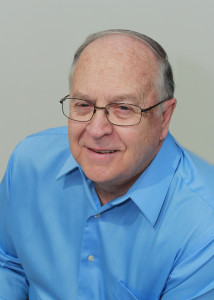