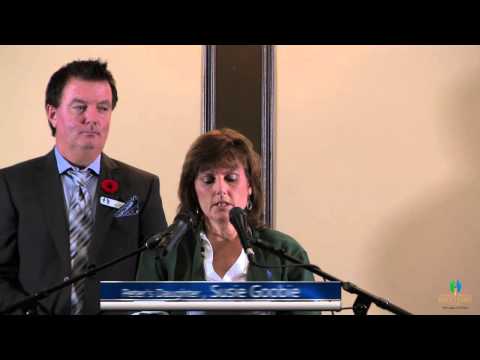 Peter “Pete” Miller is regarded as one of Aurora’s most prolific sport builders for his decades of leadership, drive and commitment to all sports in Aurora. Mr. Miller is probably best known for his contributions to hockey, but they extend much further and his influence is evident everywhere in Aurora.

First as a coach in the Aurora Minor Hockey Association he was elected to the Executive of the AMHA and then president in 1964. During this time he became part of the ownership group that converted the Aurora Bears, and one of the oldest continuous hockey clubs in Canada (circa 1918), into the Junior “C” Aurora Tigers. During his presidency he faced one of his and this town’s biggest challenges, when the Aurora Memorial Arena burned to the ground in March 1965. Appointed by the Town Council to a Committee charged with the responsibility to plan a new arena, he ultimately successfully ran for Council and on September 15, 1967 the Aurora Community Centre was opened. During his Council years, Mr. Miller advocated for Sports, Recreational and Parks. Committees and collaborated with sports groups to ensure their needs were met and as a result Aurora grew as a sports town.

Mr. Miller’ influence extended far beyond hockey, coaching baseball and softball and helped the Aurora Diggers Softball Association get its start. His sport volunteering extended also to both Football and Boxing.

Mr. Miller developed many other civic events and was instrumental in obtaining a charter for the Opt-Mrs. and led the development of the annual Aurora Opti-Mrs. Hockey Tournament.

Pete was also the “Voice of the Aurora Tigers” and timekeeper for 15 years and was involved with the Club as a Director for 10 of those years.  Pete’s partner in the Aurora Tiger’s timekeeper’s box, Ron  Wallace wrote in his obituary on Pete’s death in February 2004 “Pete Miller…a big man with an even bigger heart… the legacy he leaves is outstanding.”

In 1975 Pete was awarded the Century Award from his employer, the Prudential Insurance Company of America, for his contribution to the development of amateur sport and sport facilities in Aurora.

In 2014, the Aurora Sports Hall of Fame is proud to induct him into the Builder/Contributor Category.