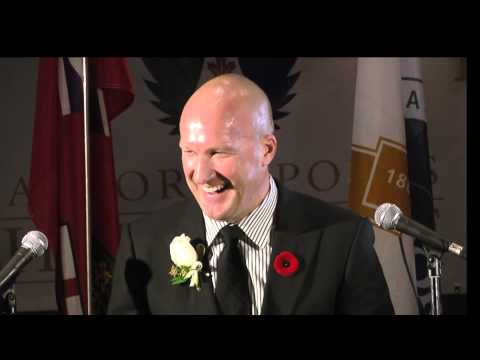 A four-time Olympian, Brian Stemmle is regarded as one of the greatest alpine skiers in Canadian history. As a member of the Canadian National Team from 1985 to 1999, Stemmle represented Canada at the 1988, 1992, 1994 and 1998 Olympic Winter Games; a record that has never been matched by a Canadian ski racer.

During his 15 years of international competition, Mr. Stemmle competed in 93 World Cup races, attaining 3 podium finishes and placing in the top 10 on 15 separate occasions. His rise to prominence was the most rapid of any ski racer in the International Ski Federation, rising to 7th position in his first two years on the World Cup Circuit.

While Brian Stemmle was known as a Downhill Specialist, he also had great success in the Super-G discipline, capturing a bronze medal during a 1985 World Cup event in Furano, Japan.

Mr. Stemmle’s career suffered a major setback during a 1989 competition in Kitzbuhel, Austria when a horrific crash nearly ended his career and his life. Noted as one of the greatest come-backs in the history of the sport, doubters suggested he may never walk, certainly not ever ski competitively. He returned to the circuit and won a gold medal at the Pan American Winter Games in 1990 and competed in 9 subsequent seasons on the World Cup Circuit until his retirement in 1999. His return to Kitzbuhel in 1994 is considered one of the most courageous come-backs in the sport’s history.

A six-time medalist at the Canadian Championships, Stemmle now continues to inspire a wide audience, including children and aspiring athletes, through motivational speaking engagements.

Brian Stemmle has always considered Aurora his home and Aurora is now recognized world-wide as the birthplace of one of skiing’s greatest competitors. He was inducted into the Canadian Ski Hall of Fame in 2002 .The Aurora Sports Hall of Fame is proud to Induct him as a member of its Inaugural class in 2013.