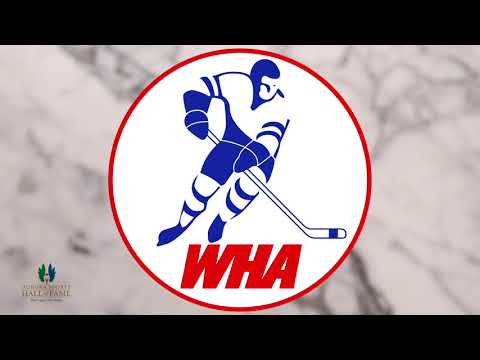 Mr. Robert Wall was born in Oak Ridges, Ontario in 1942, the second eldest of five children. Hockey was his first love, and his dream was twofold: to play in the National Hockey League (NHL) and to one day, play with his idol Gordie Howe. His dreams began while skating on a backyard pond at the Mitchell’s farm. A Lake Wilcox classmate then asked thirteen year-old Bob to play on his winless team, against an undefeated team from Newmarket. He was hesitant at first because his skates were too big, his socks were different colours and his equipment was ratty. However, after a phone call from the team manager to his mother, Bob agreed to go. As a result, the Lake Wilcox team had their first win, 3:2 and Bob scored all three goals, including the last-second game winner!

The following year, Bob began playing in Aurora. His team won the All Ontario Championship in 1957. After his Midget year, his Aurora coach, Paul Macguire, asked scouts to see some players; in particular, Macguire wanted them to assess Bob’s best friend, Charlie Leeming. Instead, Bob Wall caught the scout’s eye and in 1959, at the age of 16, he was drafted to the Detroit farm club, the Hamilton Tiger Cubs, later renamed the Hamilton Redwings. At that time there were only six Junior A teams and with the exception of only three players, the rest of the team were required to be from the city they were representing. Both Bob and his team were fortunate he was one of the exceptions. In 1959 he received the Rookie of the Year award, and in 1962 he won Best Defenceman. That same year, the Hamilton Redwings won the Memorial Cup making them Canada’s top Junior A Team. He was also named the First All-Star Defenceman in the Ontario Hockey League. Wall was also fortunate off the ice. In 1959 he met Margaret, and in 1964 they were married.

In the 1963-64 season Bob Wall was loaned to the Montreal Canadians and then was designated to play with the Omaha Knights (CPHL), where they won the Central Professional Hockey League Championship with the Second All-Star Team. During the 1964 – 65 season he played with the Memphis Wings briefly before heading back to the Detroit Redwings. Eventually Bob was back with the Detroit Redwings and in the same dressing room as Gordie Howe. Nothing could compare to his first NHL goal, scored in New York City’s old Madison Square Gardens, assisted by Mr. Howe, and by Alex Delvecchio. Bob’s dreams had come true, but there were more highlights to come. He also played in the 1966 Stanley Cup finals! Then in 1966-1967 season, he and his American Hockey League, team, the Pittsburgh Hornets (AHL) won the Calder Cup!

Bob could skate just as fast backwards as he could forwards; he was a fast and agile defenceman with a big heart and a tremendous desire to win. In those days the NHL consisted of six teams with 120 players in total until 1967 when the NHL expanded to twelve teams and Wall was drafted to the Los Angeles Kings. One of his proudest moments was when he was named the first captain of this new NHL team.

Three years later Bob was traded to the Saint Louis Blues, then back to Detroit. When the World Hockey League started up, Wall was drafted to the Alberta Oilers, later known as the Edmonton Oilers for the 1972–73 season, before joining the San Diego Mariners. When Bob retired, in 1976, Bob and Margaret and their growing family wanted to move to a town with a winning attitude and settled on Aurora in 1977. Bob continued to be involved in the sport by playing for the NHL old-timers and coaching his sons’ Aurora hockey teams. Both his sons were captains of their championship winning teams in Aurora. Bob continues to enjoy life with his wife, three children and six grandchildren.

We are proud to welcome athlete, Mr. Robert Wall into the Aurora Sports Hall of Fame.