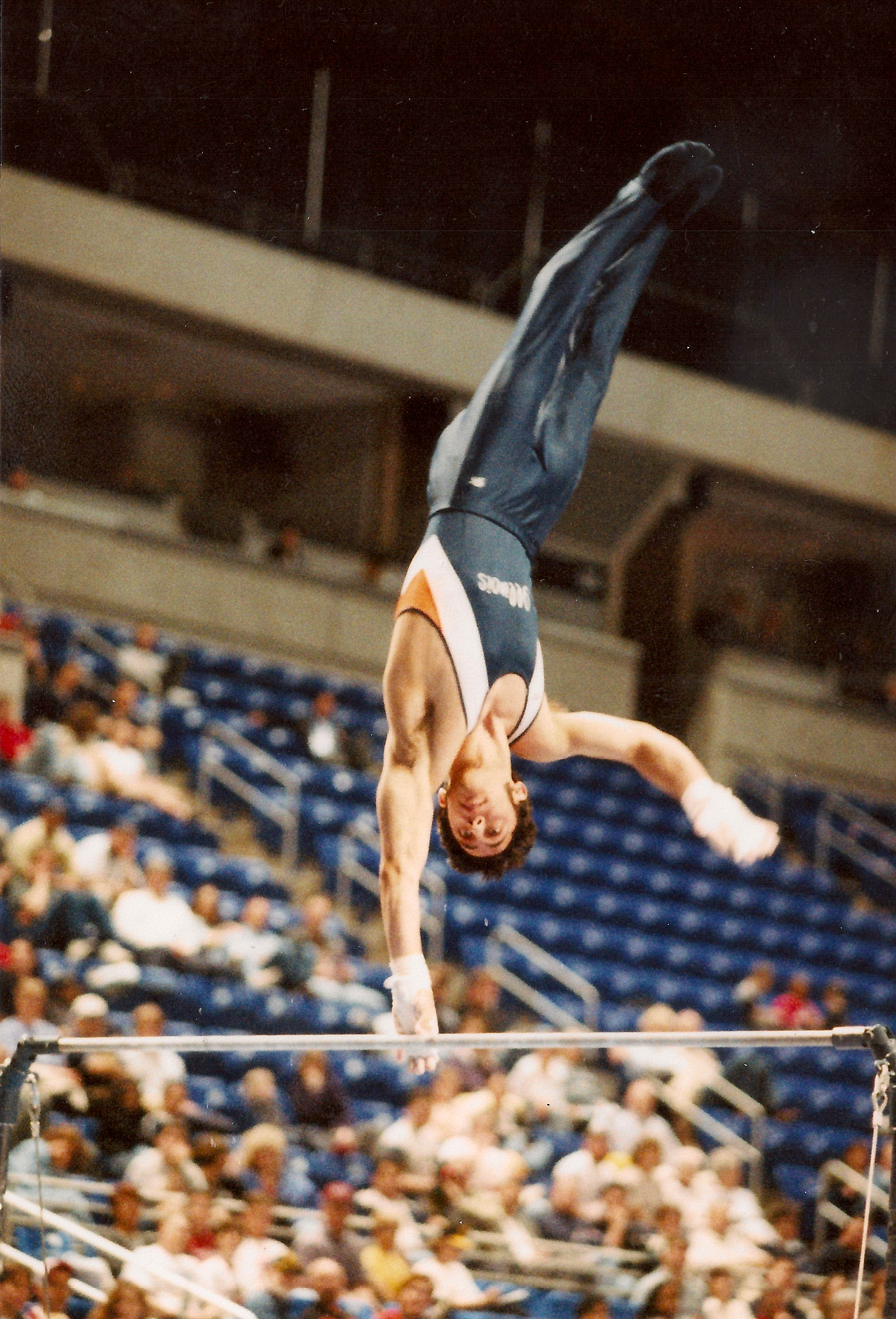 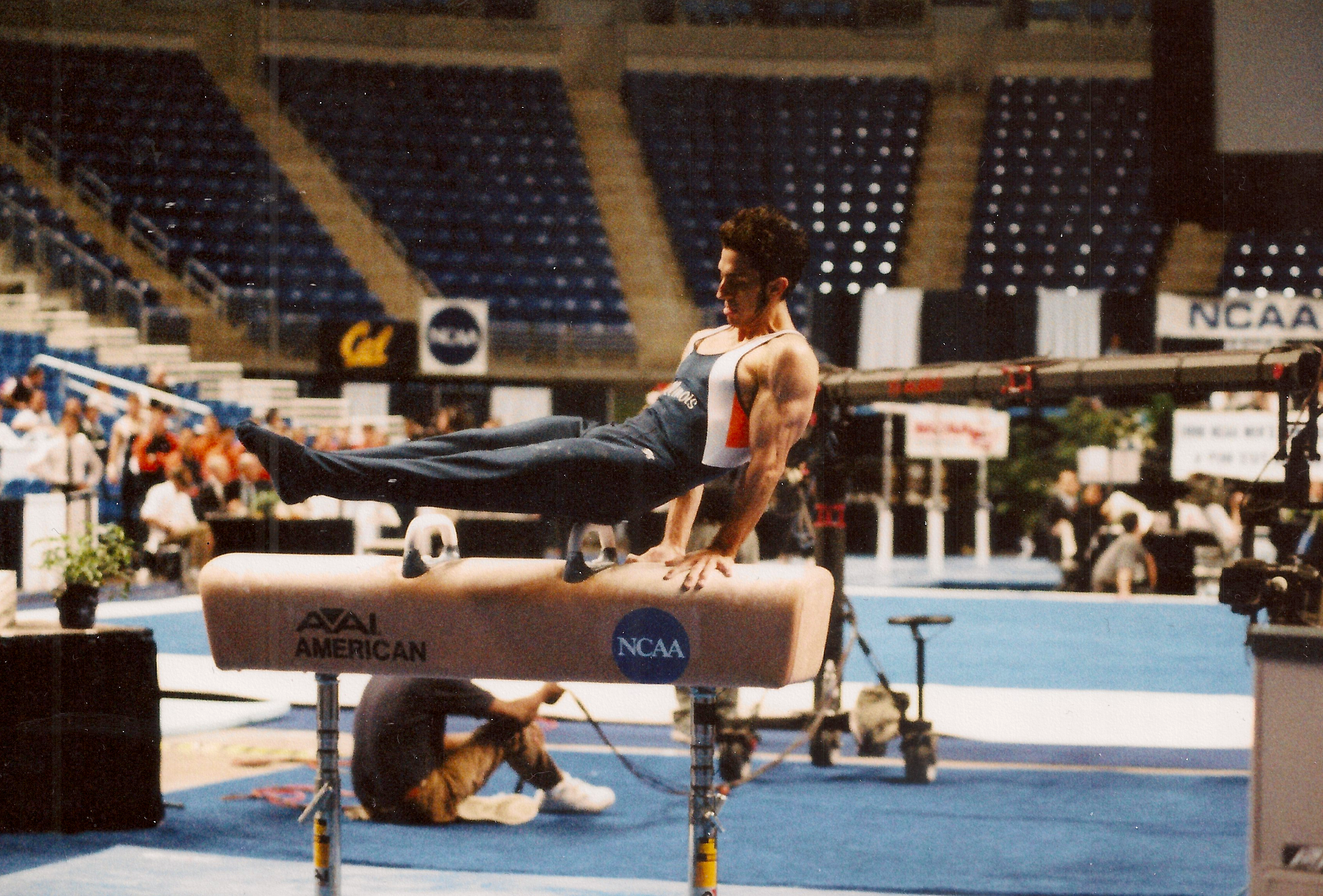 In 1996, Travis accepted an offer to attend the University of Illinois and was one of two students on a full gymnastics scholarship. Travis trained under Head Coach, Yoshi Hayasaki, and Assistant Coach, Takashi Kobayashi. These images are from the 1998 NCAA Championships, an event that Travis recalls was unlike any other:

“The 1998 NCAA Championships at Penn State were the highlight of my career. We placed third as a team; I won the individual All-Around and Vault titles; and placed second on the Horizontal Bar and Parallel Bars; and earned 5 All-American honors. The competition was three days long and it was my most complete performance as a gymnast. An entire year of very focused training sessions and competitions led to this moment. However, past experiences competing for Canada and training in Canada also contributed to this achievement.”

Description
Two colour photographs of Travis competing at the 1998 NCAA Championships. The first (SH2019.4.7) shows him completely inverted and swinging on a horizontal bar. The second photograph (SH2019.4.8) shows him engaging in a pommel horse routine.