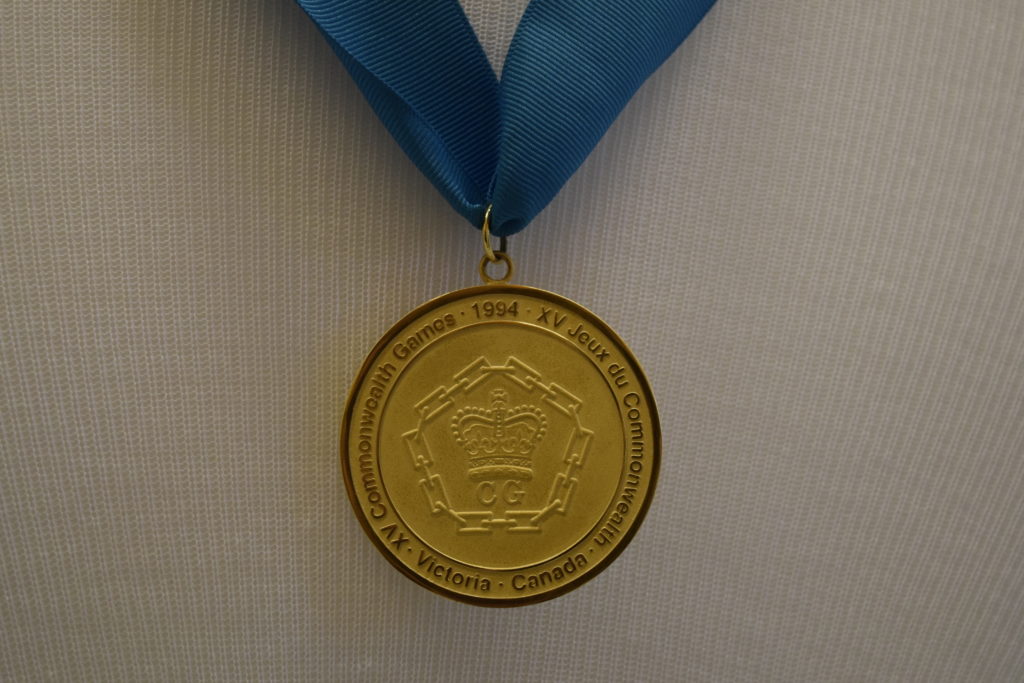 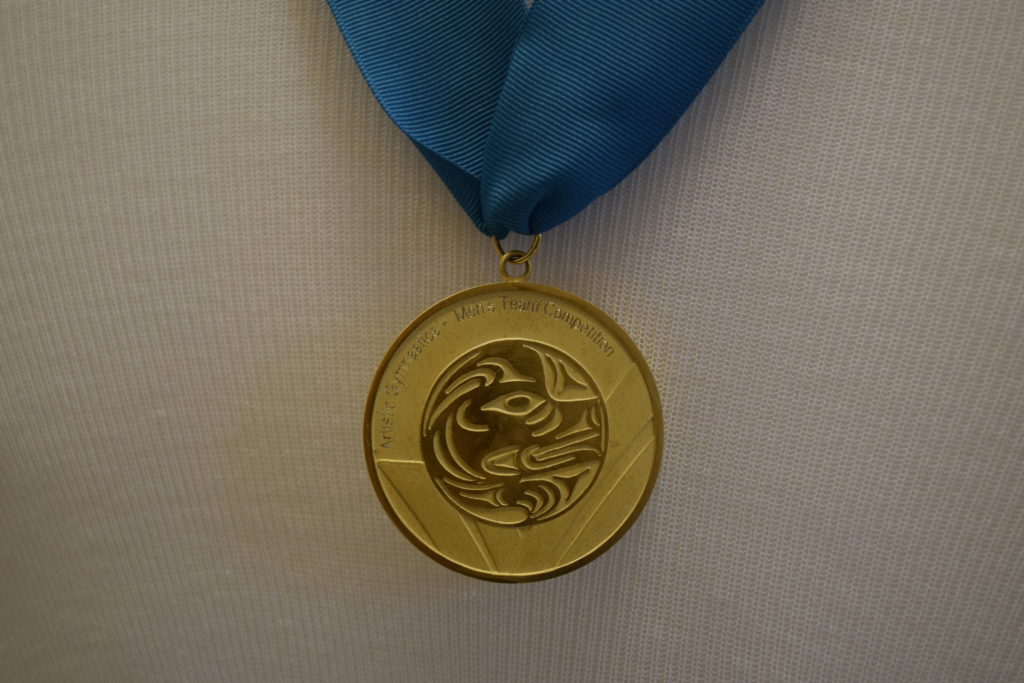 In 1994 Travis was a member of the Canadian Men’s Gymnastics Team that competed at the Commonwealth Games. The team won gold for Artistic Gymnastics in the Men’s Team Competition. While reflecting on the importance of the Games, Travis recalls:

“The Commonwealth Games was the big prize for Gymnastics Canada (at least at that time). The Canadian program put a lot of focus on winning that competition. So, along with that came the pressure of making the team and then performing well once on the team. I actually got hurt in a pre-Games training camp and it wasn’t clear whether or not I would be participating. However, I recovered pretty quickly and eventually competed on the big stage.”

Description
Gold medal from the 1994 Commonwealth Games. Front face shows Crown with CG initial meaning Commonwealth Games, surrounded by a chain in the shape of a pentagon (representing the Commonwealth presence in the five continents). Reverse shows indigenous style of artwork.