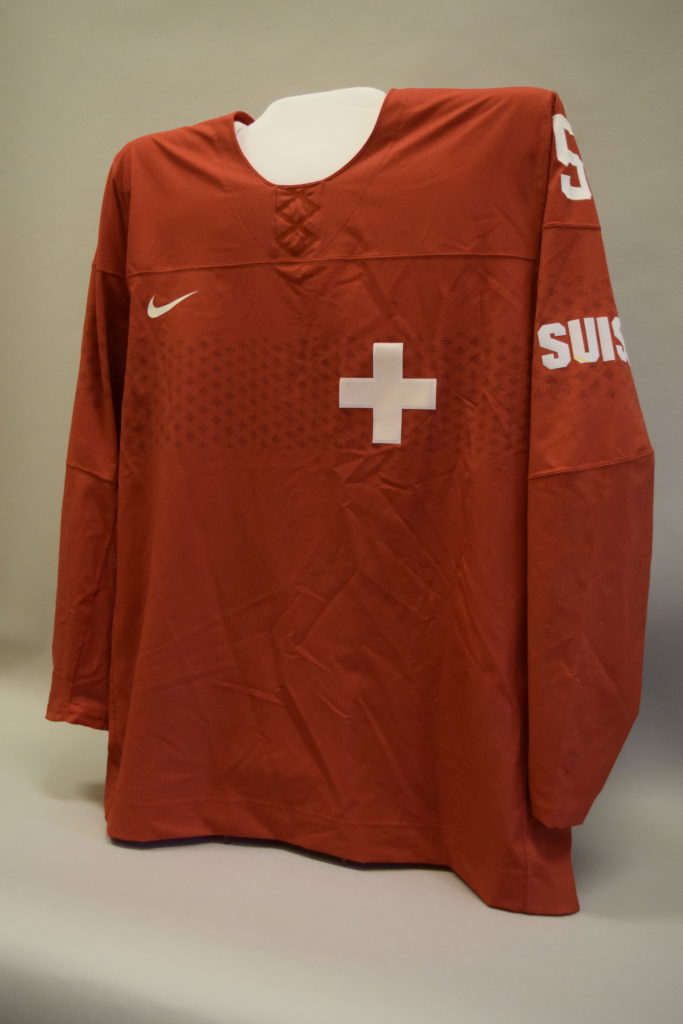 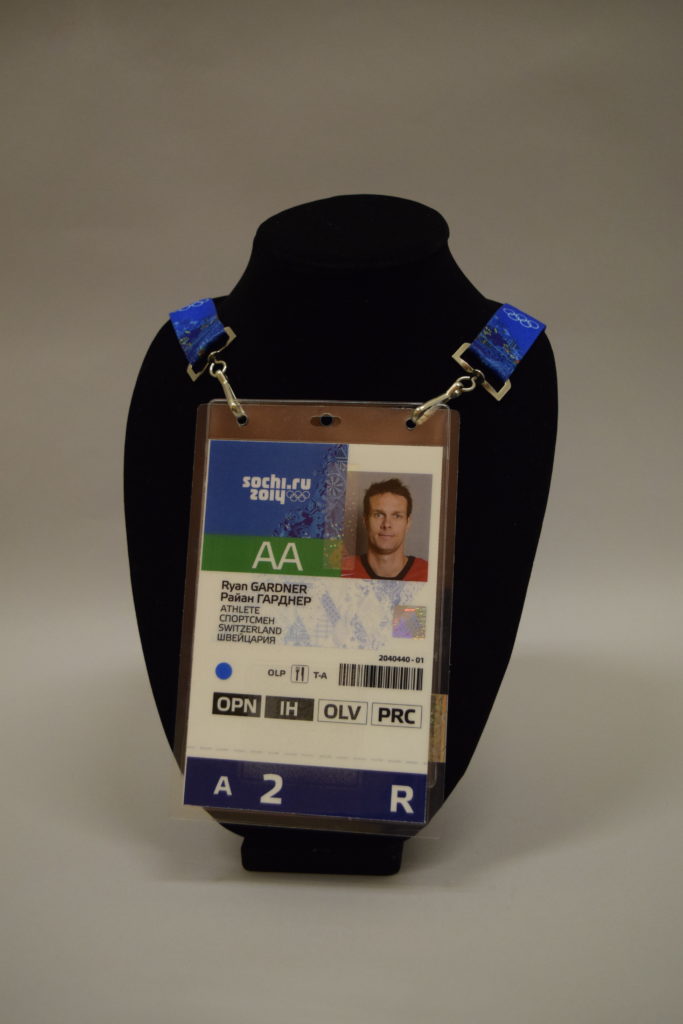 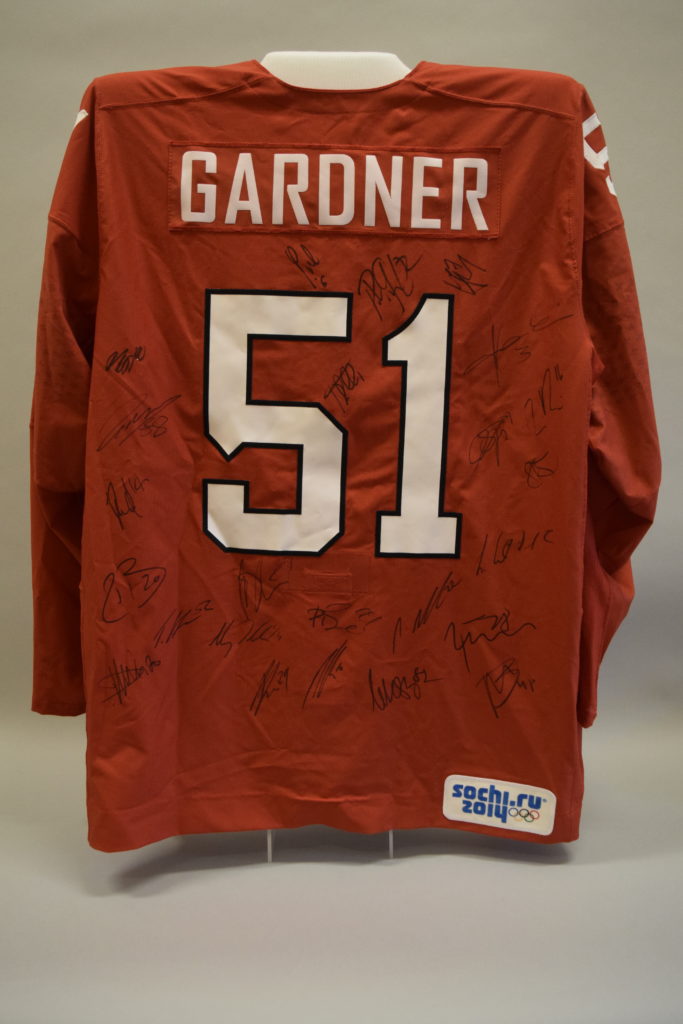 Ryan officially became a citizen of Switzerland in 2008, and was then able to play for the National Swiss team. In 2014, he competed with Team Switzerland at the Sochi Winter Olympics. Ryan remembers the surreal feeling of becoming an Olympian:

“I never thought I would be an Olympian. So when I got the invite to the Sochi games I was so excited and honoured. It was amazing to see all the athletes that trained so hard for years to compete on the huge stage. I remember the opening ceremonies and what an incredible event that was. Being able to sit in the athlete’s village and meet so many different people from different countries was one of the coolest things.”

Description
Red jersey (SH2019.3.7) worn by Ryan during the 2014 Olympics in Sochi, Russia. The front shows the white Swiss logo on the left side and a Nike logo on the right. The back of the jersey reads, “Gardner 51” and is marked with signatures from teammates. The accreditation pass (SH2019.3.8) is blue, green, white and black and has text that appears in English and Russian, which reads, “Sochu.ru 2014, AA, Ryan Gardner, Athlete, Switzerland.”