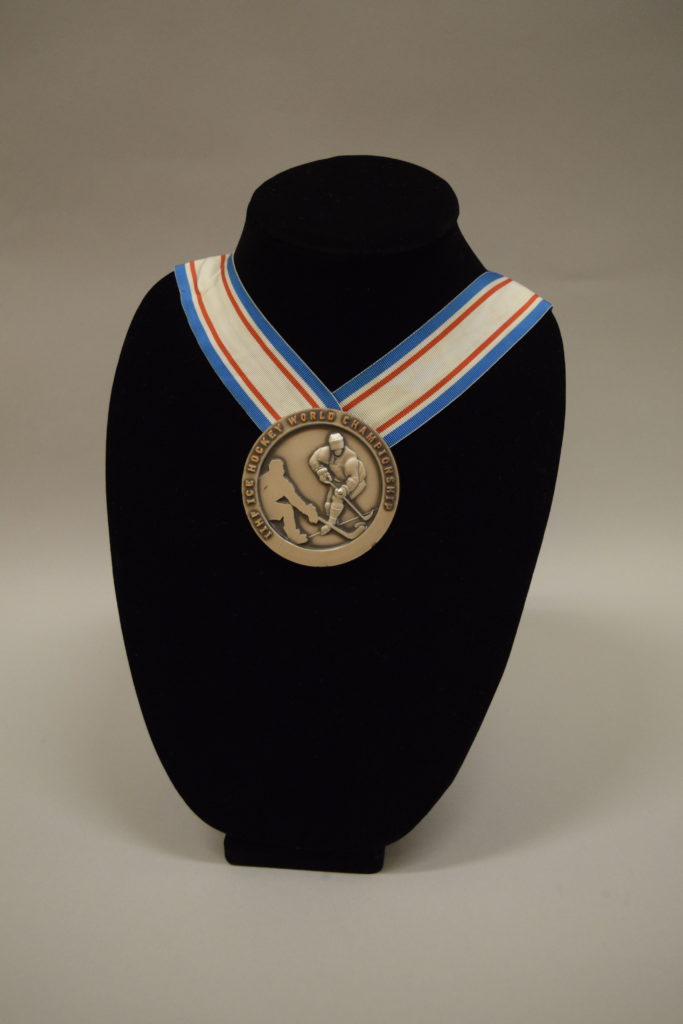 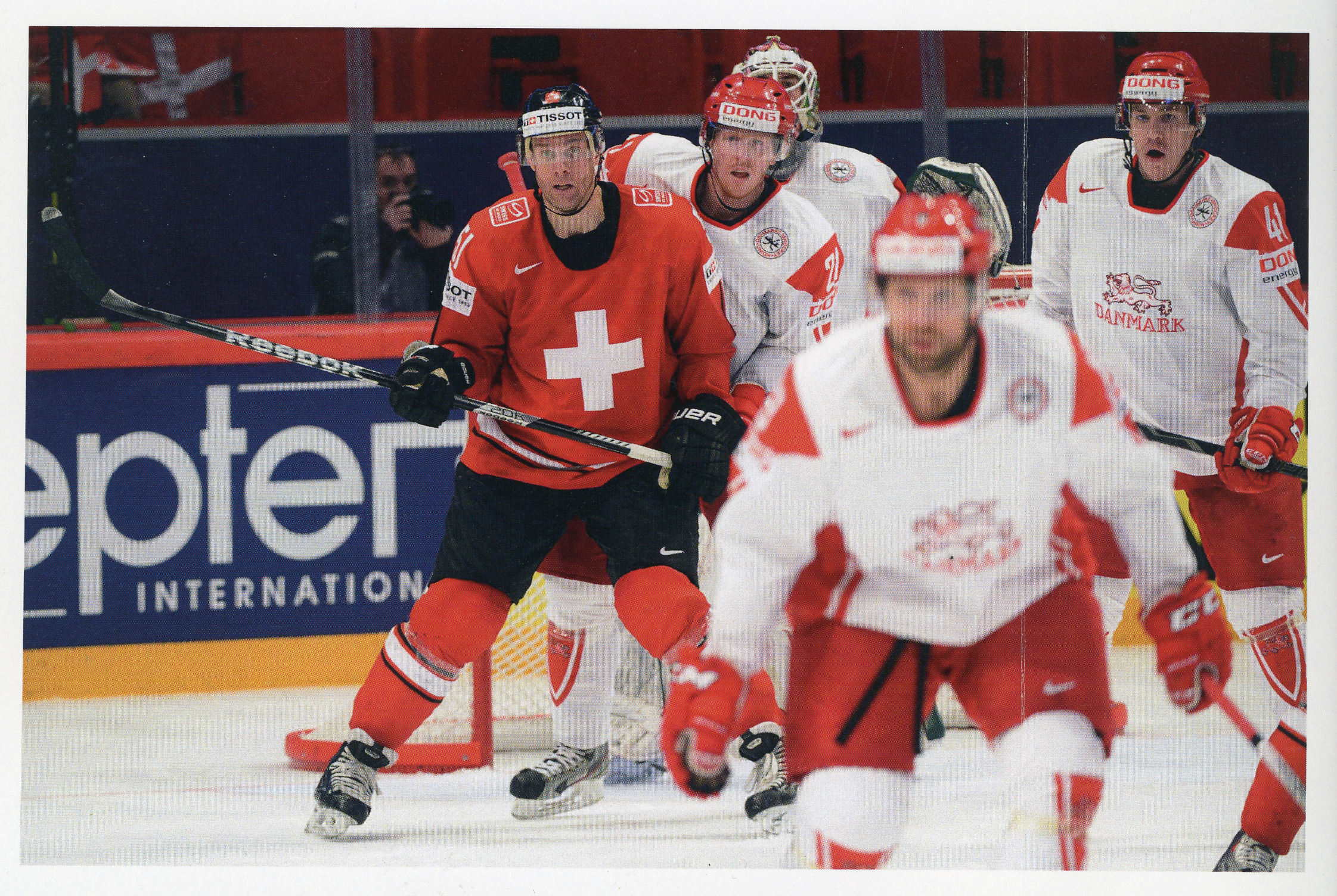 Ryan officially became a citizen of Switzerland in 2008, and was then able to play for the National Swiss team. As a member of that team, he brought home a silver medal at the 2013 Ice Hockey World Championships. When speaking about the tournament Ryan recalls:

“The tournament was incredible. We started off 3-0 beating the host team Sweden, Canada and the Czech Republic. Then we ran the table going into the final without losing a game. The support we had from the whole country was amazing, my only concern was that by making it to the finals I was worried about missing the birth of our second child. Luckily he was a couple days late and I made it home in time.”

Description
Silver medal (SH2019.3.5) with image of two hockey players on it. Ribbon is white with stripes of blue and red. The front of the medal reads “IIHF Ice Hockey World Championship” and the back reads “2019 IIHF Ice Hockey World Championship Sweden & Finland.” Colour photograph (SH2019.3.6) showing Ryan in a predominantly red jersey, holding his stick up, blocking members of the opposing team.