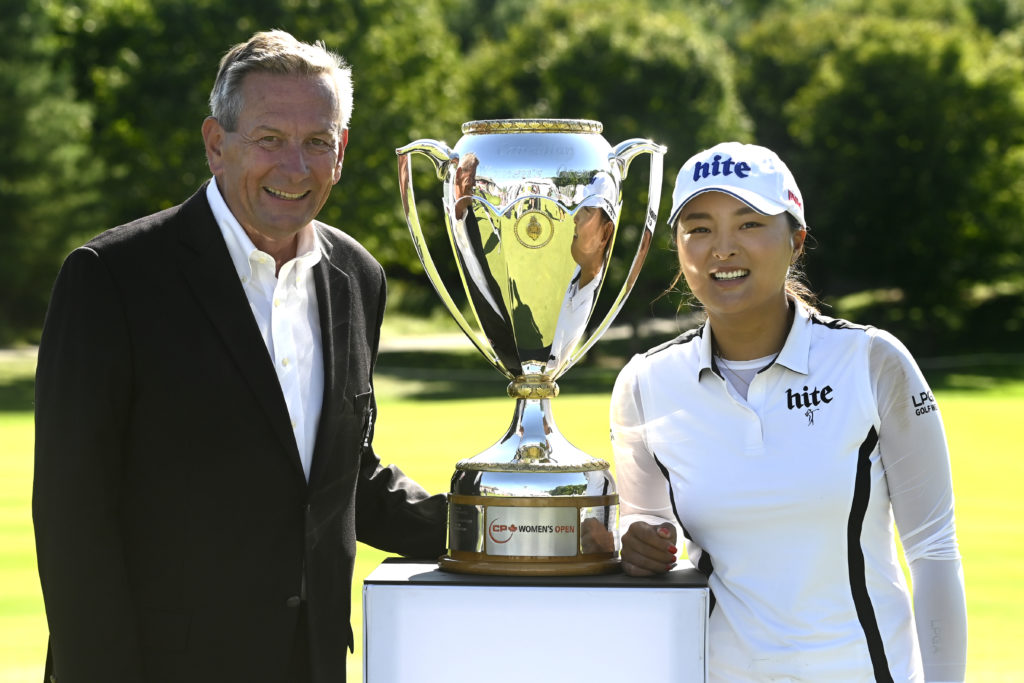 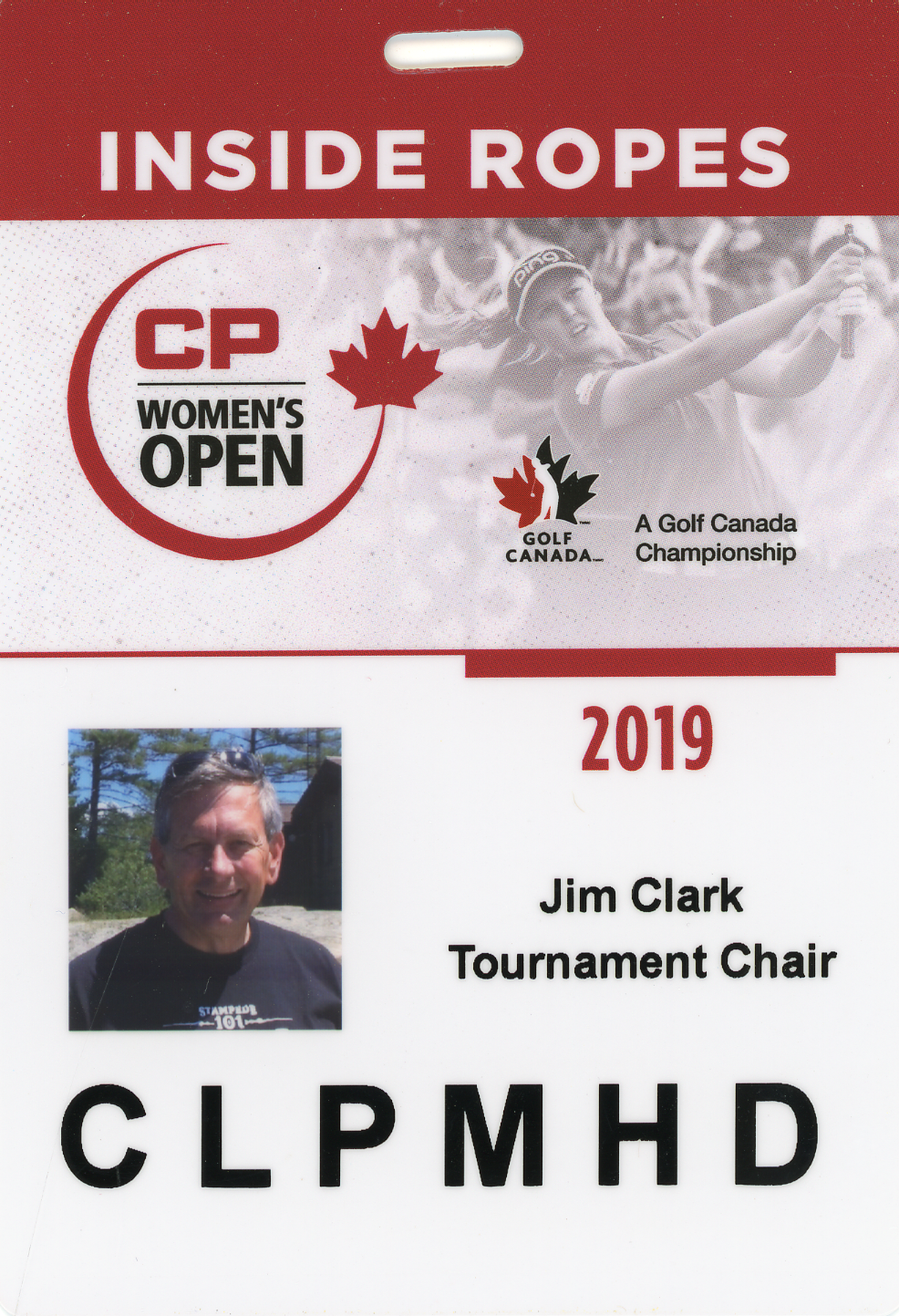 The 2019 Canadian Women’s Open was held in Aurora at the Magna Golf. This photograph (Courtesy of Golf Canada, Bernard Brault) captures Jim posing with the winner of the tournament, Jin Young Ko of Korea, and the trophy. Jim was asked to Chair the tournament, an experience that was unlike any other:

“Being asked to Chair the CP Women’s Open Championship at home in Aurora was something that I couldn’t say no to. After all the years of driving to Oakville,
Hamilton, Toronto and Markham for events, it was a luxury to have a ‘Home Game’. The Town of Aurora really stepped up to support the tournament and it will go down as one of the most significant sporting events ever held in the Town. The winner, Jin Young Ko of Korea, was the number one ranked player in the world at the time and she played 4 bogie free rounds to defeat Canadian star Brooke Henderson. The Magna Golf Club was the perfect facility to host the event and the players from all over the world left with very fond memories of their time in Aurora.”