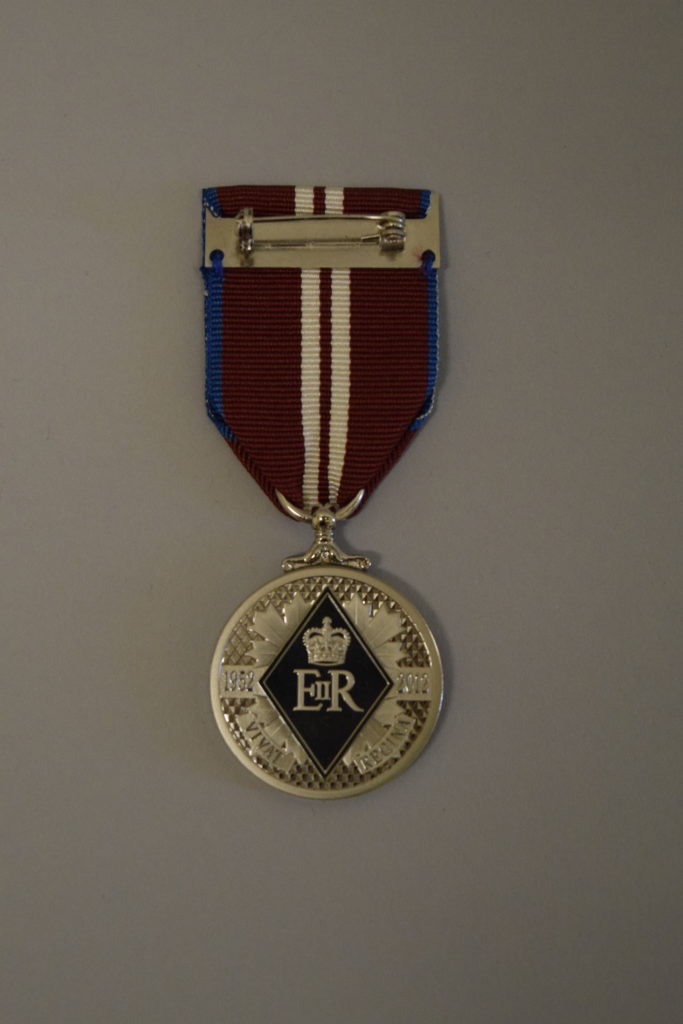 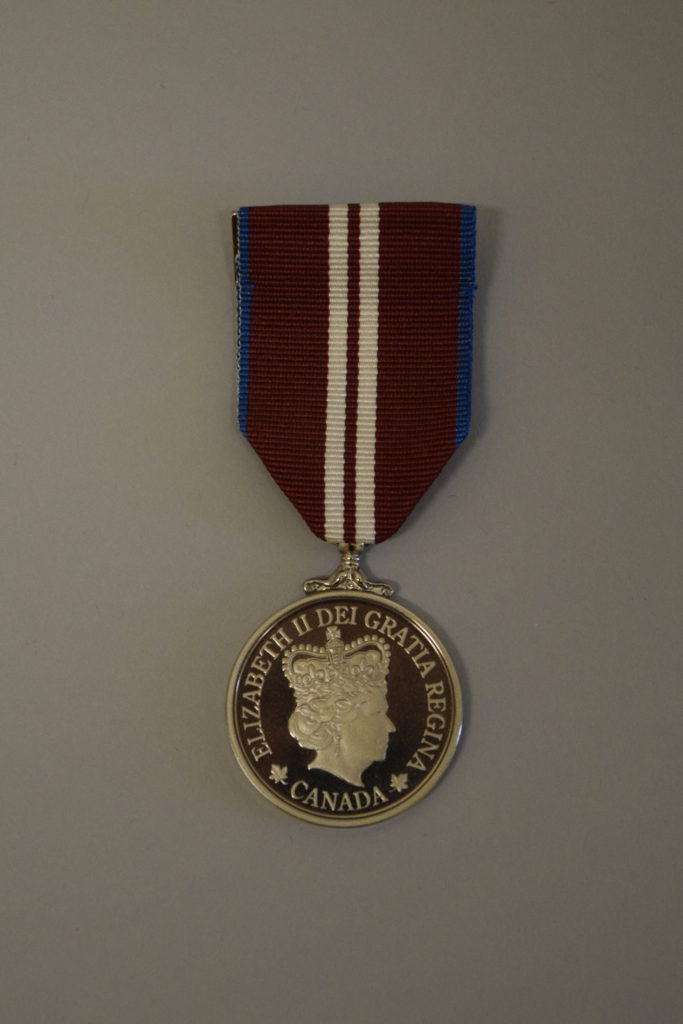 The Queen Elizabeth II Diamond Jubilee Metal was awarded to Reg in 2012 for his achievements and contributions to the sport of swimming in Canada. That year, he coached Summer Mortimer in the 2012 London Paralympic Games where she won two gold, a silver, and a bronze metal. She also set three world and five Canadian Paralympic records. When speaking about the honour Reg says, “I received this award from the Canadian Minister of Sport. An interesting fact is that I was told to wear it whenever the military wore theirs.”

Description
Silver metal with red, white, and blue ribbon with a safety type pin on back. Front face shows an image of Queen Elizabeth II wearing the crown. Reverse shows the crown and ER on a diamond background framed with maple leaves and the years 1952-2012.