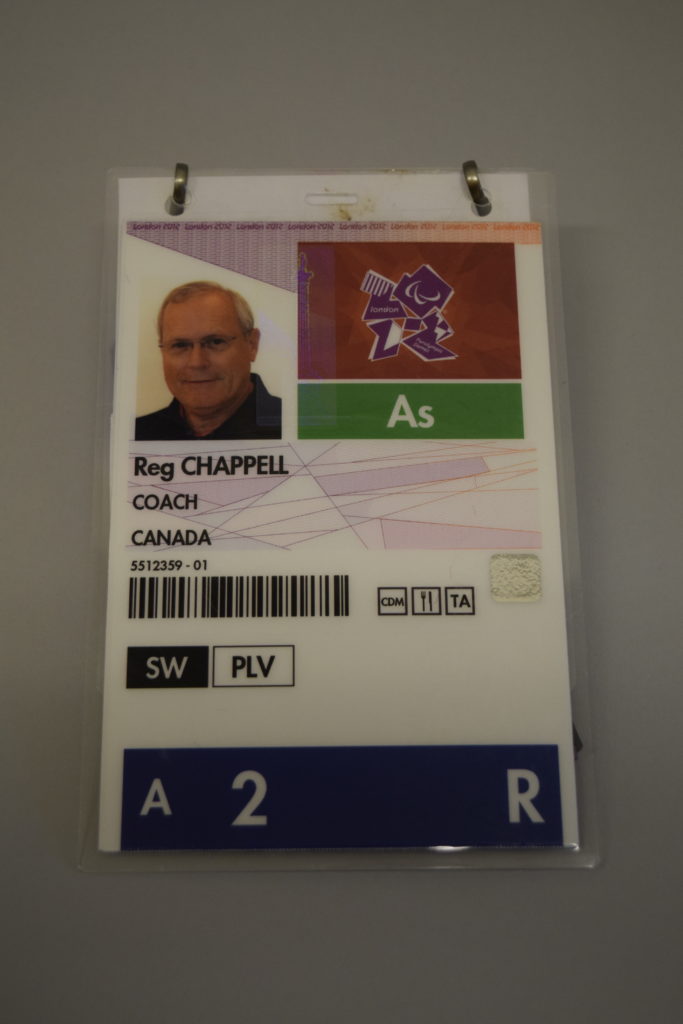 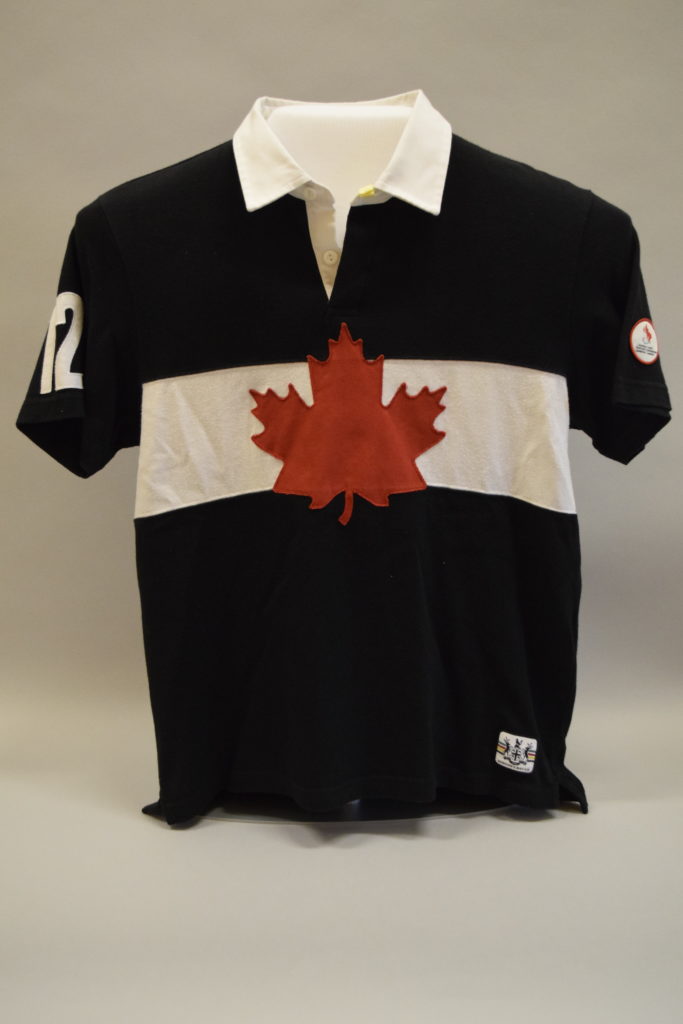 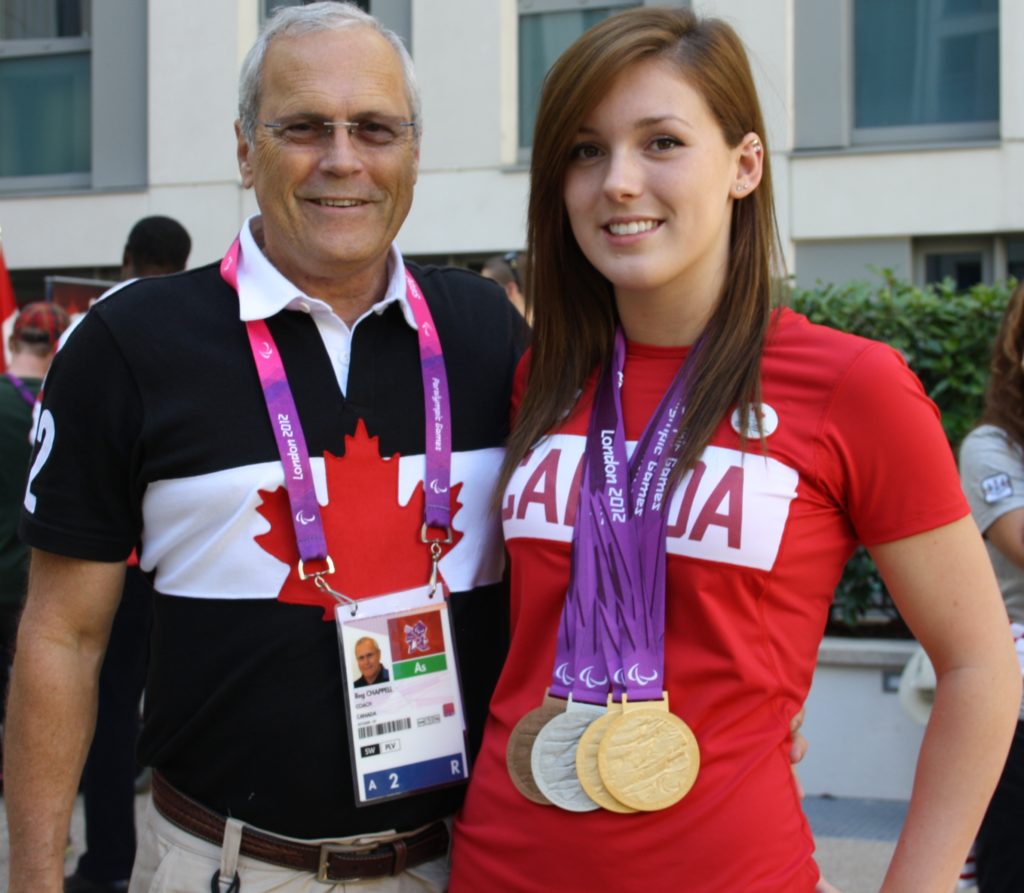 In 2011, Reg was asked to coach Summer Mortimer as a swimmer in the 2012 Summer Paralympics in London. With Reg as her coach, Mortimer won two gold, a silver, and a bronze metal at the games. She also set three world and five Canadian Paralympic records. When speaking about the Team Canada uniform Reg recalls:

“We were given a hockey bag and a backpack full of Team Canada clothes. Plus a list of what to wear on each day of the Games and pictures of some of the uniforms. Our accreditation passes had to be worn absolutely everywhere.”

Description
Photograph of Reg standing with Summer Mortimer who is wearing all of her Olympic medals, including two gold, one silver and one bronze. Reg is wearing a black and white golf shirt with a red maple leaf on if that is part of the Team Canada uniform. He is also wearing his accreditation pass.