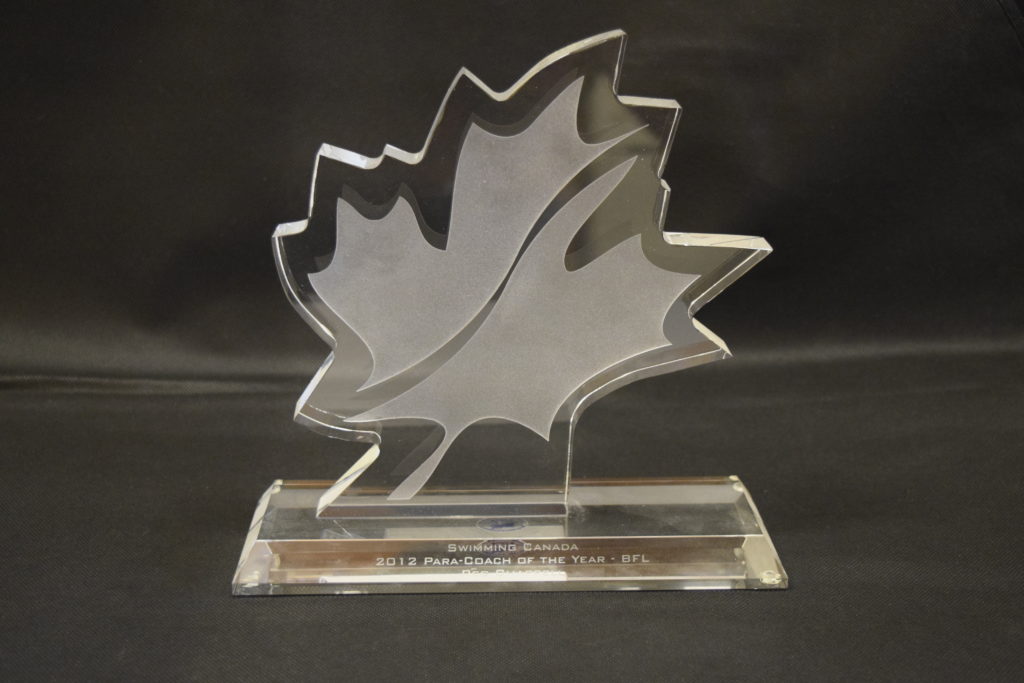 In 2012, Reg was awarded the Swimming Canada Coach of the Year Award in recognition of his excellence and achievement as a swim coach in Canada. That year, he coached Summer Mortimer in the 2012 London Paralympic Games where she won two gold, a silver, and a bronze metal. She also set three world and five Canadian Paralympic records. When speaking about the honour Reg says, “A lifetime of work and a lot of great memories went into winning this award. While the award is something I truly treasure; it is the journey and the memories made along the way that it reminds me of.”

Description
Glass award in the shape of a maple leaf. The base of the award reads, “Swimming Canada 2012 Para-Coach of the Year – BFL Reg Chappell”