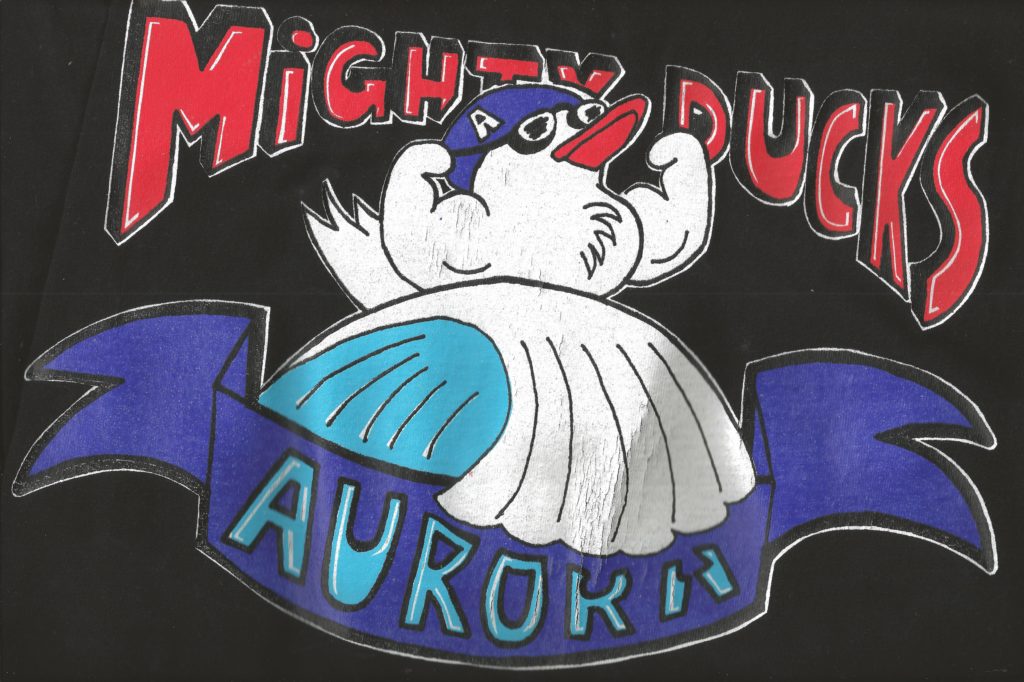 In 1993, Reg Chappell founded the Aurora Swim Club, which was later renamed Ducks was Swimming. Reg explains the reasons behind the change in name and branding:

“The Mighty Ducks logo was drawn by a young artist and shortly afterwards we were told by a Disney Employee that we couldn’t use “Mighty Ducks.” I then decided on the Aurora Swim Club logo and later we landed on Ducks Swimming.”

Description
Three graphic logos of varying colour and design. The first shows a white cartoon duck flexing its muscles while sitting on a white wave and reads, “Mighty Ducks Aurora.” The second has a large yellow capital A with a white cartoon duck coming through the empty space in the letter and reads, “Aurora Swim Club.” The third has a large cartoon yellow duck face and underneath it reads, “Ducks Swimming.”