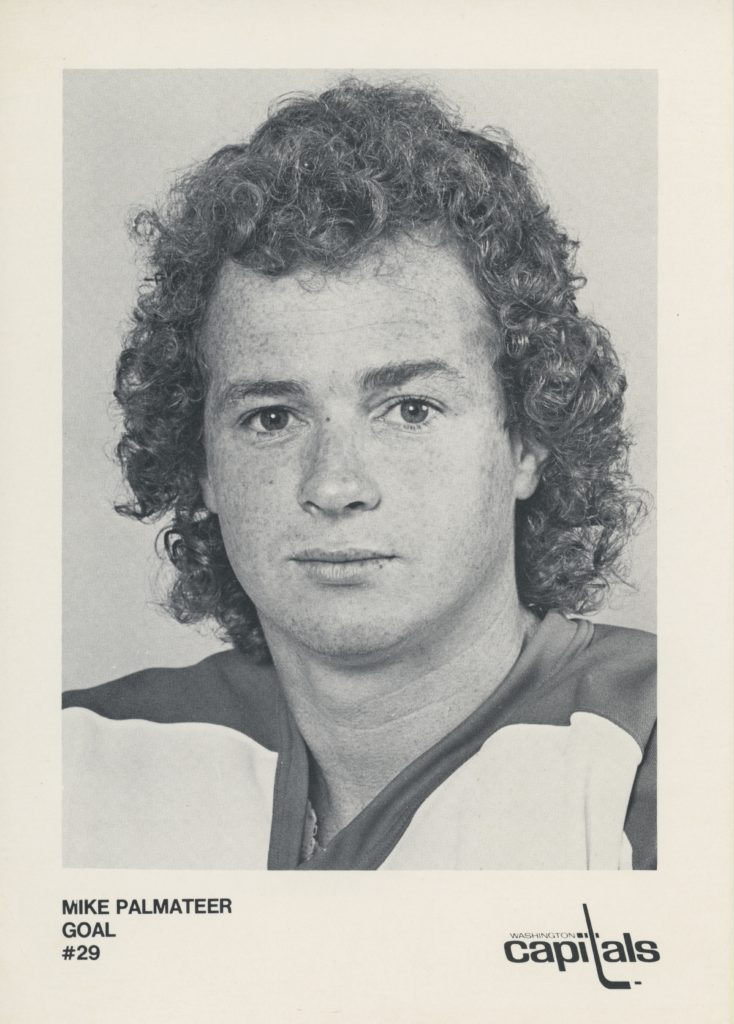 In 1980, Palmateer was traded to the Washington Capitals where he played two seasons. Speaking about the experience Palmateer recalls:

“Playing for the caps and living in Maryland was a fantastic experience, so different from playing in Toronto. Hockey really took a back seat to football and college sports; I hardly was recognized away from the rink. Our team did not have a lot of talent and struggled to get wins, but they were great teammates who competed hard. I have nothing but fond memories despite the lack of success.”

In 1982, Palmateer returned to the Maple Leafs for two more seasons before retiring in 1984.

Description
Black and white head shot of Palmateer surrounded by a cream coloured border. Underneath the photograph is black printed text and a logo.