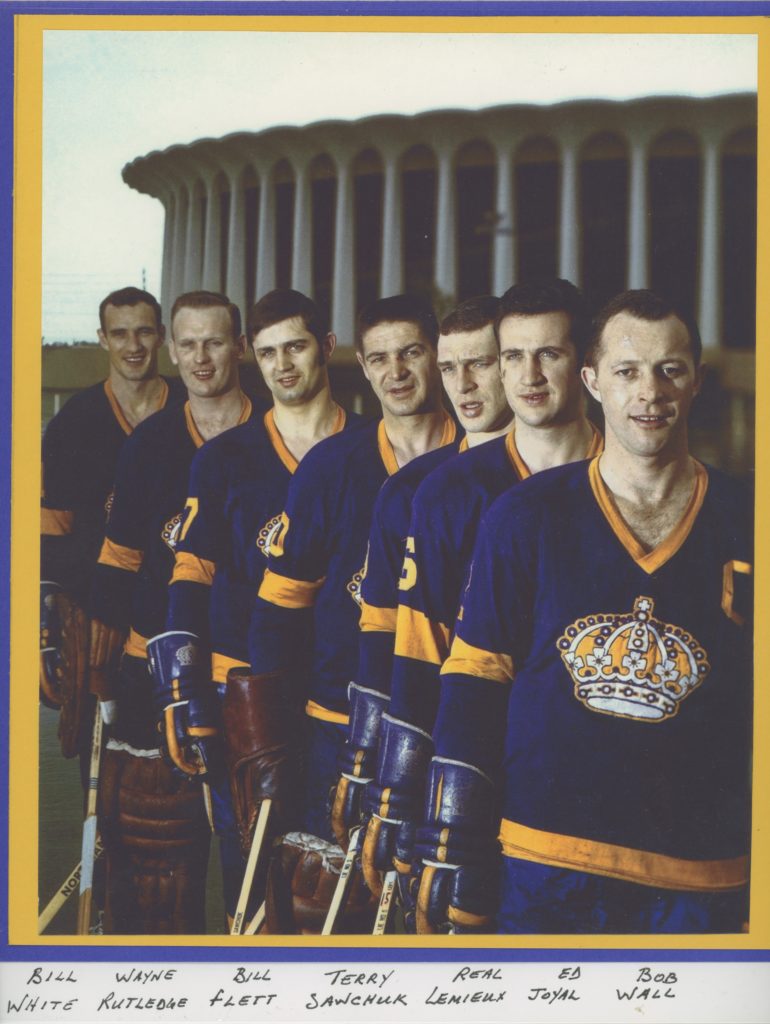 This photograph was taken by Sports Illustrated magazine at the Los Angeles Forum during the 1967-68 season. Wall is standing at the front of the line, behind him are his teammates: Ed Joyal, Real Lemieux, Terry Sawchuk, Bill Flett, Wayne Rutledge and Bill White.

To see the official replica jersey and read Wall’s recap about the moment it was presented to him see artifact SH2017.3.1.

Description
A color photograph with seven men standing in a diagonal line wearing hockey uniforms, Wall is at the front of the line. The photograph is surrounded by a yellow and blue border. Underneath the photograph each person’s name is hand written in black ink.