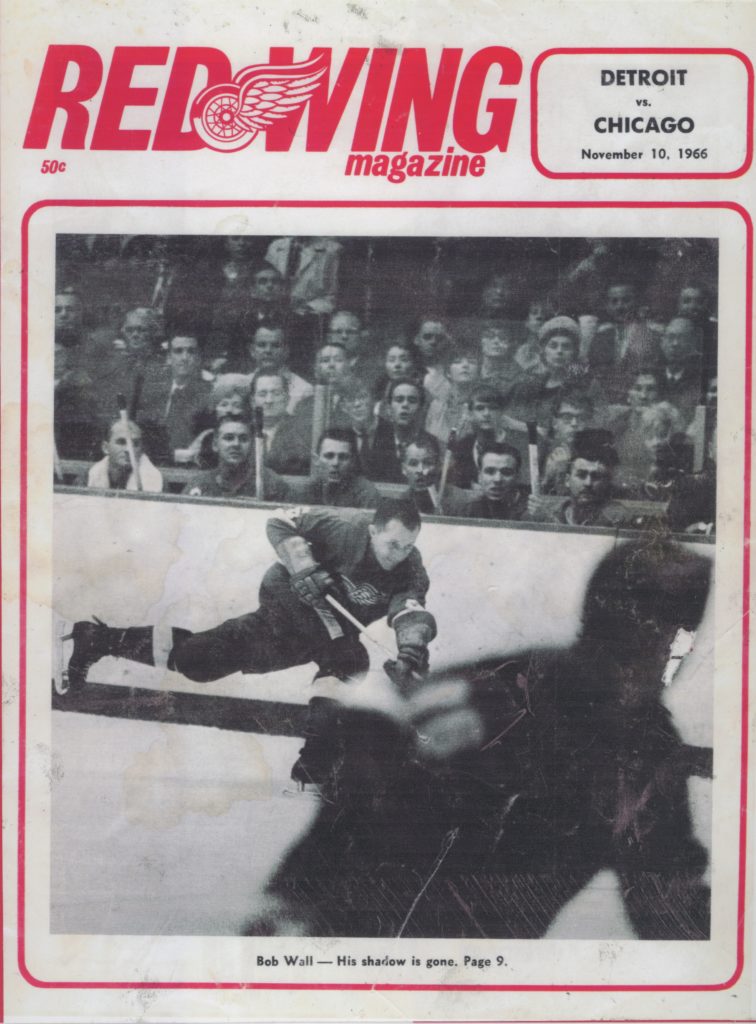 An issue of Red Wing Magazine that was released on November 10, 1966. The Magazine features an photograph of Wall in action on the ice with his teammates sitting on the bench behind him. Wall reflects on those teammates and recalls them by name:

“It would be a trying time for most people to name all of those guys on the bench behind me. I can tell you who they all are Gary Bergman, Alex Delvecchio, Paul Henderson, Gordie Howe, Norm Ullman, and Floyd Smith.”

Description
Magazine with a white background and red and black printed text. There is a large black and white photograph of Wall playing hockey that takes up most of the cover.