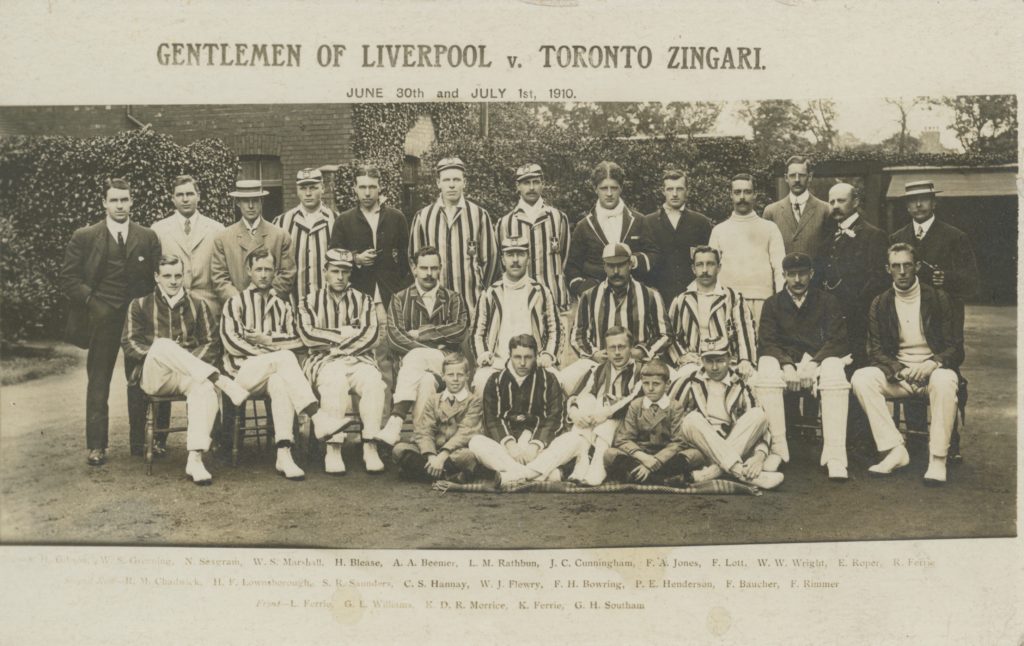 Description
Paper postcard with a black and white team photo and black printed text above and below the image. The text gives the names of all the men in the photograph.