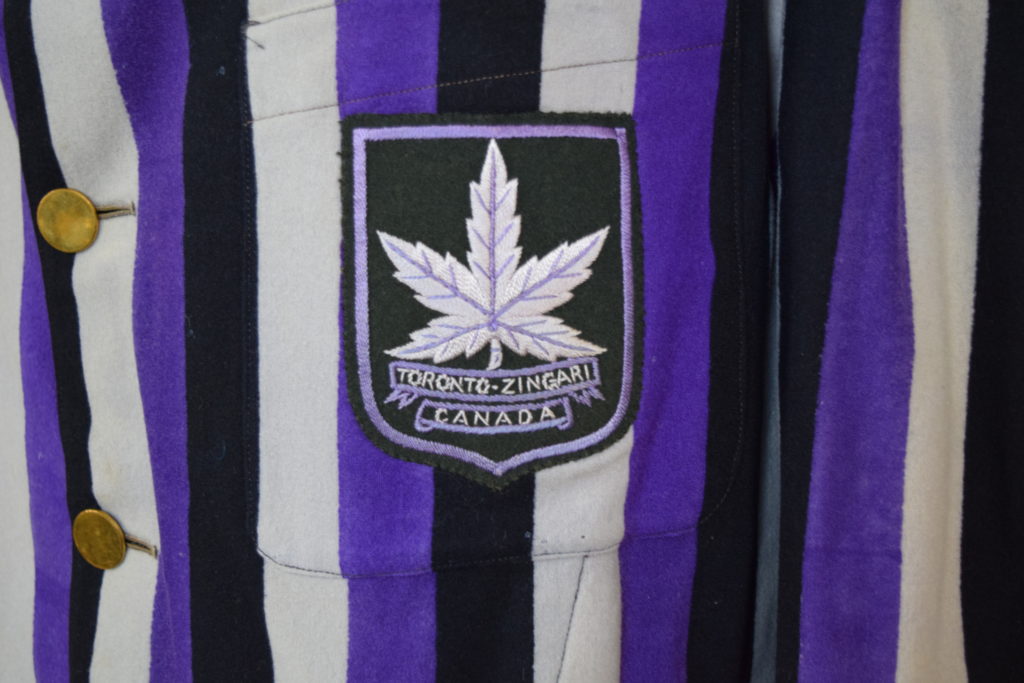 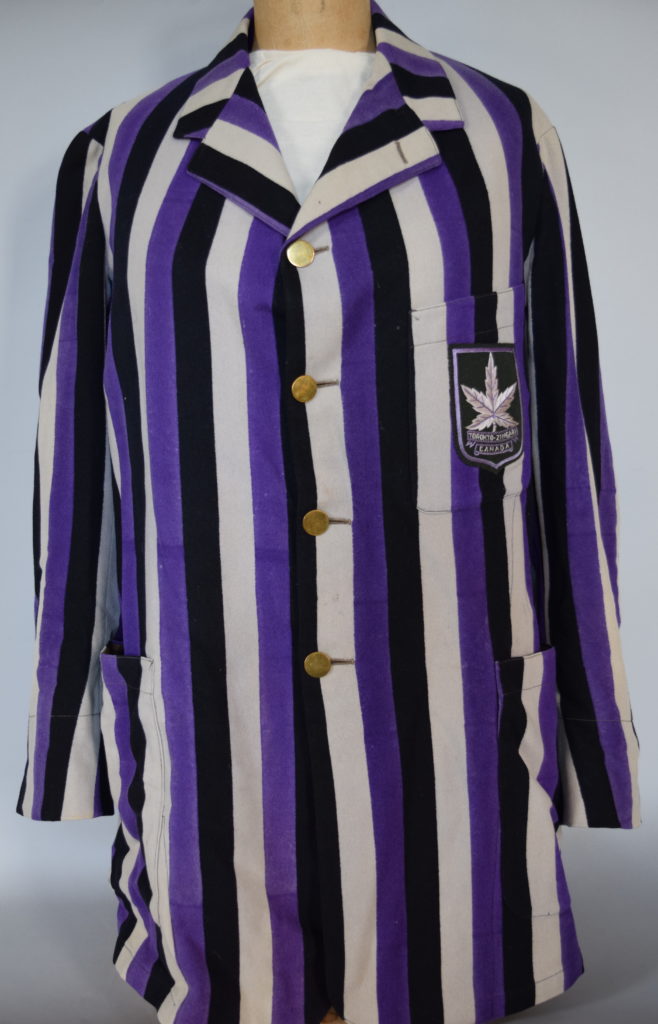 To see a picture of Fleury wearing this blazer please see artifact SH2017.1.5.

Description
The black, white and purple blazer has four gold coloured buttons secured to the front. On the left breast pocket, there is a decorative patch that says “Toronto – Zingari Canada” and features a white maple leaf with purple veining.