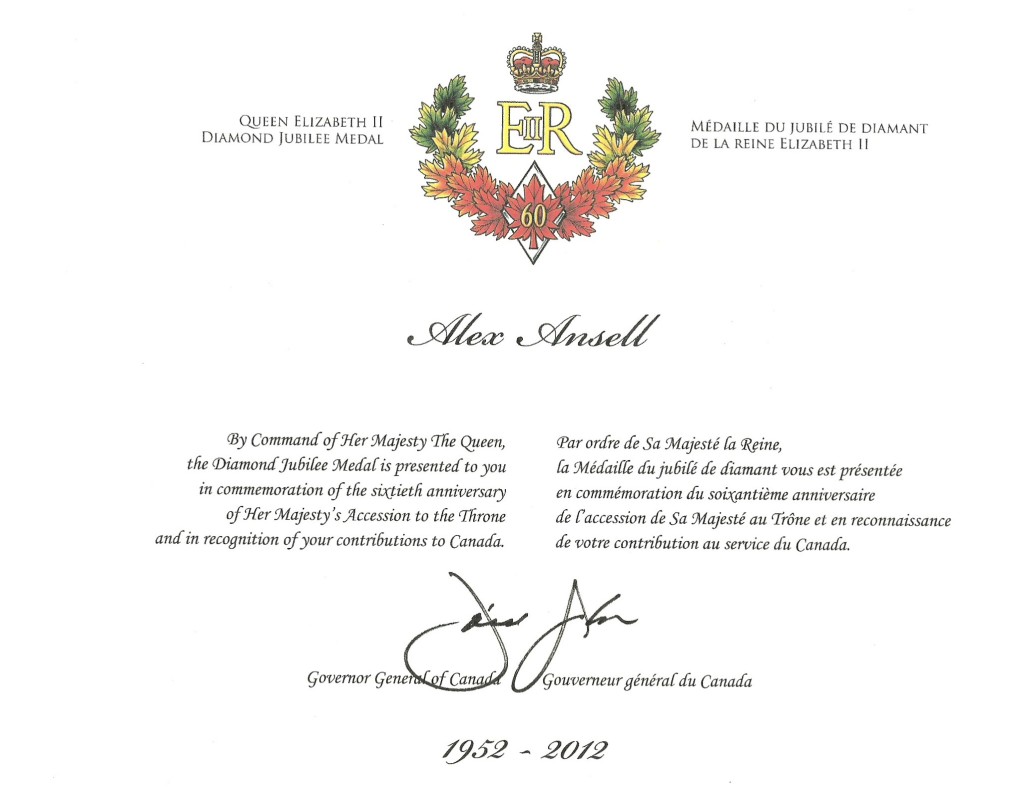 A scanned version of the Queen’s Diamond Jubilee Medal certificate presented to Alex Ansell.  Certificate reads: “By command of Her Majesty the Queen, the Diamond Jubilee Medal is presented to you in commemoration of the sixtieth anniversary of Her Majesty’s Accession to the Throne and in recognition of your contributions to Canada.” The certificcate is signed by the Governor General of Canada, David Johnston.